Victorious Victor as Harry wins hearts of the crowd 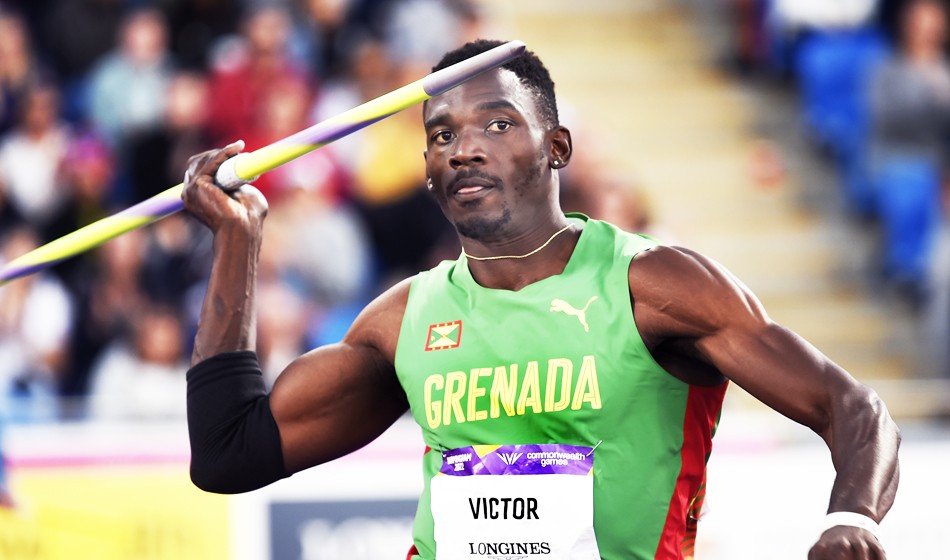 Lindon Victor successfully defended his Commonwealth crown in the decathlon but only after a slightly nerve-wracking 1500m where third-placed Daniel Golubovic made a bold bid for glory that ultimately took him past Cedric Dubler and into second place but fell 36 points short of Victor’s winning score of 8233.

Harry Kendall of England finished ‘only’ sixth overall but the 25-year-old won the hearts of the spectators in the Alexander Stadium. Whipping the crowd into cheering the decathletes, the Alexander Stadium erupted with noise as he finished strongly to nab second place in the 1500m. Midway through the final day, too, he helped encourage a large section of the stadium to stay around when nothing else was happening in the arena to watch the pole vault.

The Kent athlete dislocated his ankle six weeks before the Games, too, and was in a race against time to get fit enough to compete. On the huge home support, he said: “It’s like playing Mario Kart and driving over a mushroom, you get a boost. You would be silly not to use it.

“Obviously coming into this, my first major champs, no one knows who I am. They are just happy I’m wearing an England vest so hopefully I can raise the profile of decathlon in this country.”

“That specific hour in the pole vault was the best moment of my entire life.”

An emotional @harrykendall567 reacts to the moment when the entire Alexander Stadium focused on him in the decathlon pole vault ?

“I’m just honoured to be in Birmingham again,” said Victor. “The last time I was here for the world indoor championships [in 2018], I did not finish then so to finish this meet and to finish with a gold, I’m blessed.

Runner-up Golubovic, who had been in fifth place overnight, scored 8197 while fellow Australian Dubler scored 8030. Kendall scored 7480 but athletics fans will look forward to seeing him again when he’s fully fit.

Para athletics have surely not received such noisy applause since the days of London 2012 and on Friday night at the Alexander Stadium there was another rip-roaring performance in the T54 1500m when Nathan Maguire took gold in 3:11.83 ahead of English team-mate Daniel Sidbury.

Maguire, 25, is the partner of wheelchair racing legend Hannah Cockroft, who also won gold at these Games earlier in the week. He bided his time during the race as Sidbury forced the pace and built what briefly appeared to be a winning lead with 300m to go. Then he pounced coming into the home straight with a powerful drive for the finish that no one could match.

“As soon as I got here I realised that roar was for me. That’s the biggest crowd I’ve ever raced in front of!”@nathanmaguire2 on being inspired by the wall of noise that culminated in a sprint finish and Commonwealth T53/T54 gold for @TeamEngland ????????

One of the biggest cheers of the night came in the last men’s 400m semi-final when Matt Hudson-Smith, a member of host club Birchfield Harriers, coasted to victory in 45.77. In British record-breaking form this season, he goes into Sunday’s final as favourite for gold.