Kiwi one-two in the shot as Scott Lincoln wins bronze 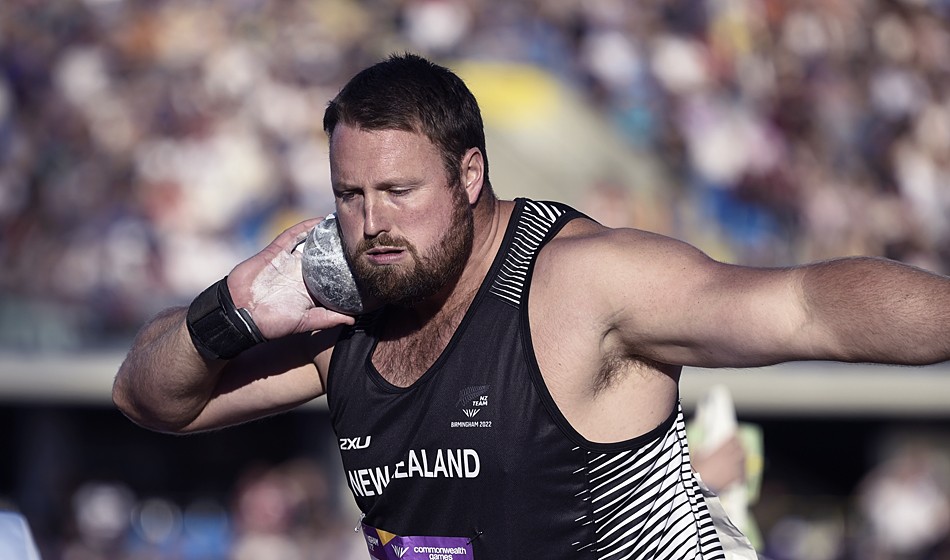 Tom Walsh lived up to his billing as one of the gold medal favourites of these Commonwealth Games but fellow New Zealander Jacko Gill almost caused a major upset with a PB in the final round of the shot put, while Scott Lincoln also rose to the occasion to earn a bronze medal for England.

Walsh has a good record in Britain as he won the world title in London in 2017 and has remained one of the world’s best, albeit throwing in the shadow of world record-holder Ryan Crouser. On Friday night at the Alexander Stadium he led with 21.98m from the first round until a scare in the sixth round when fellow countryman Gill came within 8cm of his mark with a lifetime best of 21.90m.

A former teenage prodigy, when Gill won the world junior title in 2010 he took Usain Bolt’s record as being the youngest winner of that title at 15 years and 213 days. Since then he has struggled to fulfil his potential but in Birmingham, now aged 27, he threw further than ever before when it mattered to win his first major senior medal.

It was not quite enough for gold, however. And Walsh then merely confirmed his superiority with a final round Games record of 22.26m.

“The World Champs didn’t go well for me,” said Walsh on his fourth place in Eugene. “But I’m back on the horse and figuring out what makes the ball go far for me, which is really important. It was awesome out here with this crowd. They know what’s going on. They appreciate good throws.”

Lincoln, meanwhile, moved into the podium positions with a 20.57m effort in the fifth round – a performance that delighted the home crowd and was a deserved reward for one of the most hardworking and popular members of the English team.

“The crowd has been electric,” said Lincoln. “I know everybody says it and everybody has been telling me it is incredible, but you can’t appreciate it until you are here.”

Often a Cinderella event in global athletics, shot putters are often underfunded and undervalued. Yet on the Commonwealth Games stage they come into their own and were cheered and appreciated by the Birmingham crowd as much as any athletes this week.

One reason is that they are largely down-to-earth characters with a massive work ethic. This is illustrated by the fact Walsh is due to compete on Saturday (Aug 6) at the Diamond League in Poland.

“It’s two different worlds. Being on the building site and having banter with the lads to being in front of 30,000 people.”@shotputtlinco on going from working in construction to winning Commonwealth shot put bronze ??