Olympic Games 2028: Squash is one of nine sports on bidding process shortlist 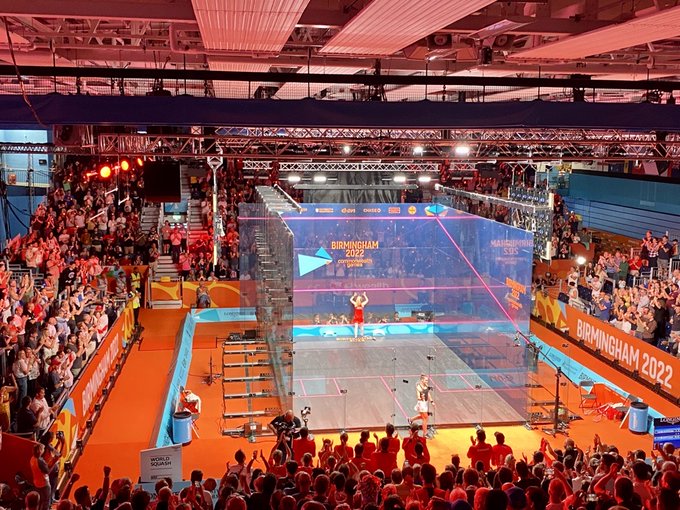 Squash is among nine sports invited to make a presentation for inclusion in the 2028 Olympic Games in Los Angeles.

Squash is on a shortlist along with motorsport, cricket, karate, baseball-softball, lacrosse, breaking, kickboxing and flag football, who have been invited by Los Angeles 2028 to present their case for a place at the Olympics.

All the sports have been granted permission to submit Request for Information proposals for the sport programme review.

“The WSF will provide updates in due course.”

According to the influential Inside The Games website, the nine shortlisted sports are due to make their initial presentations later this month.

The WSF and other sports will be required to follow strict guidelines determined by LA28.

The Inside The Games report said: “For sports to be successful in securing a place at Los Angeles 28, their presentations are likely to focus on a six-point criteria list which includes supporting environmental stability, upholding integrity and fairness, and recognising both interest in the host country and offering global appeal.

“The relevant International Federations have also been told to prioritise a reduction in the cost and complexity of staging the Games, promoting gender equality, and engaging the best athletes.”

This last point is likely to see a change to previous squash bids which capped the number of athletes at three per country (male and female) in a bid to achieve a truly international entry, weakening the potential draw in the process, but the new guidelines appear to suggest that competition entries will be based more on world rankings.

This will be encouraging news for Egypt, whose players dominate the current male and female rankings.

In terms of gender equality, squash has been at the forefront of delivering equal prize money to male and female players for many years.

The 2032 Olympic Games will be held in Brisbane and various innovations involving squash in the city are already under discussion.

Brisbane is renowned as Australia’s major city for technology and innovation.

Squash has enjoyed successful appearances at the Commonwealth Games since the sport first appeared in Kuala Lumpur, Malaysia, in 1998.

Since then squash has featured in Manchester, Melbourne, Delhi, Glasgow, Gold Coast and is currently approaching the climax of the doubles competitions in Birmingham following the singles finals on Wednesday, when the gold medals were won by Paul Coll of New Zealand and England’s Georgina Kennedy.

The 2026 Commonwealth Games is being hosted by the Australian State of Victoria from March 17-29, with the squash events being held in Bendigo.

More in this category: « - Squash Junkies descend on Amsterdam for the game’s ultimate social gathering »
back to top