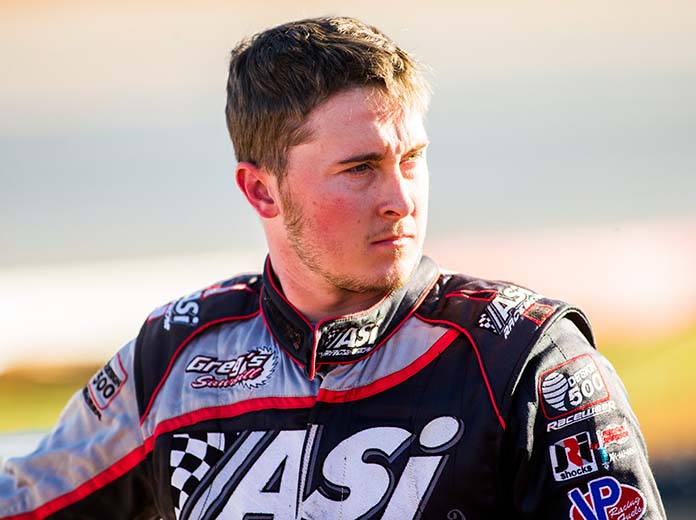 “I began talking about possibilities with Tanner a month or so ago after his deal with Randy Weaver Racing dissolved. We both thought it would be a good fit to have him drive our team’s car, but we just couldn’t find dates that worked for both of us,” said Big Frog Motorsports owner Augie Burttram. “We recently talked again, and decided to give this deal a shot, so he’ll be piloting our car in the Schaeffer’s Oil Spring Nationals races on April 19-20.

“We’re going to reevaluate after that first weekend, and see how it works out for both of us and what we can do together to be successful. Tanner is a super-talented driver, and I’m excited to have him behind the wheel of our team’s car.”

English is the two-time defending Schaeffer’s Oil MARS Racing Series champion. He previously inked a deal to drive for Randy Weaver Racing this year, but it fell apart when the team shut down.

“Augie [Burttram] and I decided to take this deal on a race-to-race basis and see if it’s a good fit for both of us,” the 25-year-old English said. “Big Frog Motorsports has top-notch equipment, and I’m grateful for this opportunity. I’ve got some races already committed in my personal car and a couple of other rides for the remainder of this year, but I’d love to race with Big Frog Motorsports, whenever makes sense for both of us. Hopefully, we can gel and enjoy success together.”

English will make his debut in the Big Frog Motorsports No. 58 on April 19-20 in Schaeffer’s Oil Spring Nationals competition in Georgia. The weekend opens on Friday night at Blue Ridge Motorsports Park in Blue Ridge, Ga., with a $4,000-to-win race before shifting to Toccoa (Ga.) Raceway on Saturday night for a $10,000-to-win affair.