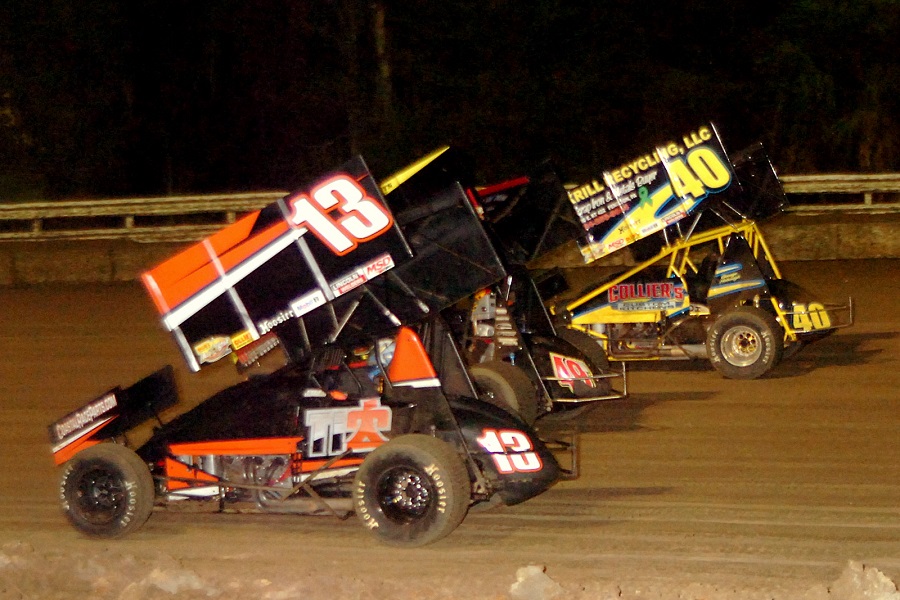 “We are really excited and grateful that Kevin Rudeen and the Rayce Rudeen Foundation chose 34 Raceway and the All Stars to be a part of this great event,” said Tony Stewart, owner of the Ollie’s Bargain Outlet All Star Circuit of Champions. “Racers have always taken care of other racers, so to be able to do this for Kevin, his family and the Foundation is an honor not only as the series owner, but also as a driver.”

The Rayce Rudeen Foundation was established three years ago when Kevin Rudeen, owner of the No. 26 Rudeen Racing entry driven by Cory Eliason, tragically lost his son, Rayce, to an overdose at 26 years old. Rayce would have been 29 years old April 12.

In order to honor his life and keep his memory alive, his family decided to start a private foundation to help others. Today, the Rayce Rudeen Foundation is a certified nonprofit that gives grant money to organizations and programs that encourage a healthy and productive life, free from addiction.

It is the goal of the the Rayce Rudeen Foundation to help fill the gaps in a broken system so that others are able to get the support they need, and so that other families don’t have to suffer in the same way theirs had.

“Losing Rayce was devastating to our family, but we refuse to let shame and stigma prevent us from trying to help others,” said Foundation President Nadalie Malsam, Rayce’s cousin and best friend.

Thanks to generous donors that cover all of their operations, 100 percent of all donations the Rayce Rudeen Foundation receives go directly to their grants and programs, which means every penny donated gets straight to those who need it most.

The inaugural Rayce Rudeen Foundation Race will be unique in itself, just like Rayce was. It is starting off with a $66,000 total purse – with $25,000 being awarded to the winner. Throughout the night there will be giveaways, fan participation and interviews.

“To be able to add a purse of this magnitude to our schedule is something that the teams, drivers, owners and fans will be thrilled about,” Stewart said. “Most importantly, through all of this, we hope to help the Rayce Rudeen Foundation raise awareness on addiction prevention, treatment and recovery. We would like to thank Kevin and his organization for allowing us to be a part of this event.”

With a star-studded lineup set to attend, Kevin Rudeen is very appreciative of the outpouring of support.

“Moving forward, we hope to make this a fundraising event for years to come with Tony and the All Stars, but for now what is important to us is that we raise awareness and understanding of addiction,” said Kevin Rudeen.

More in this category: « East Carolina Backs Weatherman & Ware At Bristol Will McGary Tribute At I-30 Speedway Postponed »
back to top