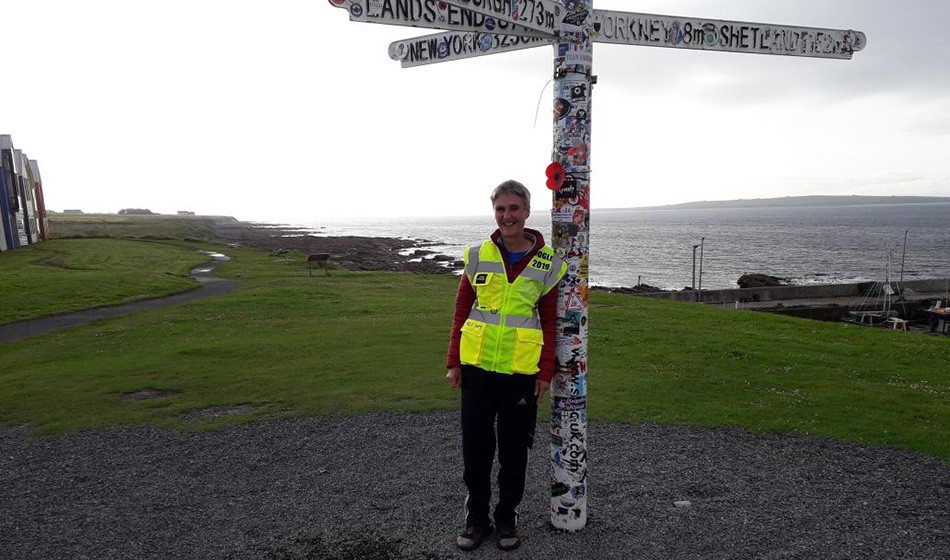 GB ultra-distance international Sharon Gayter has broken the women’s ‘JOGLE’ record, traveling by foot from John O’Groats in the far north of Scotland to Land’s End in western Cornwall in 12 days, 11 hours, 6 minutes and 7 seconds.

“The dot watching comes to a close at Lands End with the world record of 12 days 11 hrs 6 min 7 sec,” she wrote on Twitter, with fans having been following her 822-mile journey on a live tracking map. “Time for sleep at last.”

At John O Groats ready for the morning. I am signing off now and leaving the crew to take over update, enjoy dot watching. X pic.twitter.com/KKPntywG2M

The 55-year-old, who is a lecturer at the Teesside University Business School, was also running to raise money for the mental health charity Mind.

According to a pre-record attempt interview with Teesside University, Gayter had been planning the attempt for two years, with preparation events including a six-day race in Athens and the 220-mile Severn Challenge.

The greatly experienced ultra-runner, who represented GB across 18 years at 100km and 24-hour events, has set a total of three world records at the University, most recently running 10 marathons in 10 consecutive days on a treadmill in a record time of 43 hours, 51 minutes and 39 seconds in 2018.

With the JOGLE world record in her sights, Gayter’s ultimate aim for her latest challenge had been to break 12 days, which would have required an average of 70-mile and 18-hour running days, off just three hours of sleep per night.

“Rough night when sleep deprivation hit badly,” she wrote on Wednesday, 10 days into the challenge. “12 days not possible but world record still on. Fighting hard, head strong body hanging on.”

As well as sleep deprivation, Gayter also battled heavy rain and blustery winds during her challenge.

Anderson was among those to congratulate Gayter on her “outstanding performance”, adding: “Records are there to be broken and Sharon showed everyone how it should be done. A massive congrats to her incredible crew who worked tirelessly to help her achieve her goal.”

The men’s record is 9 days, 2hrs and 26min set by Andi Rivett in 2002, but as AW editor Jason Henderson wrote earlier this year, when James Williams targeted the mark, it was set under dubious circumstances and without any of the stringent record ratification requirements needed today.