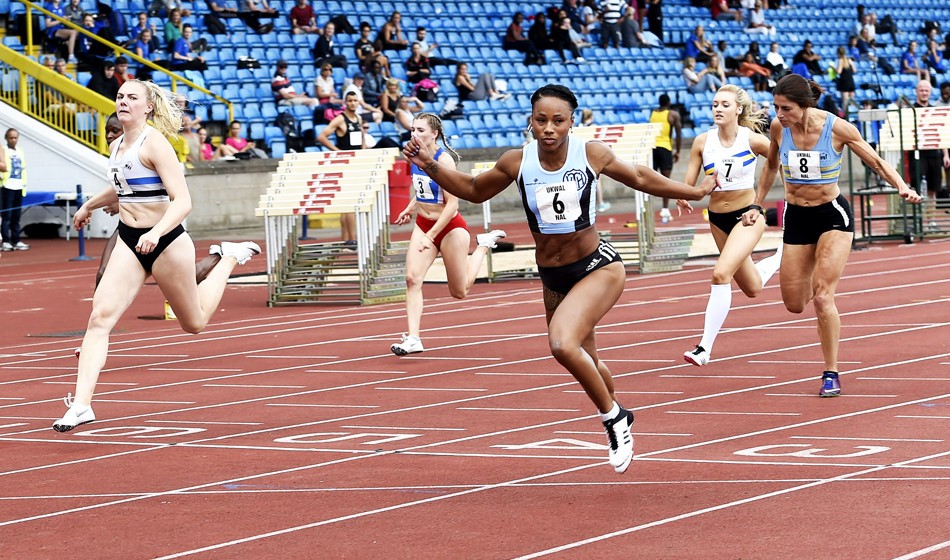 Highlights from the joint UKWL and BAL fixture in Birmingham

Birchfield Harriers won their third match of the season to make it five men’s league titles in successive years.

They were led off in Birmingham by Craig Murch who posted his fourth league hammer victory of the campaign and did so with his second personal best in a week.

His 73.64m final round throw was adjudged the best performance of the men’s match.

For the women, Thames Valley Harriers completed another clean sweep of UK league titles to post their third successive and fourth league title in five years.

Edinburgh’s Beth Dobbin was less than a tick slower that Miller, at 11.51 before returning to take the 200m in 23.03 against a wind.

Cardiff’s Jenny Nesbitt won the 3000m in 9:18.30 and Notts’ Annabelle Crossdale caused an upset in the hammer with a narrow 59.77m win over Jess Mayho and Amy Harrington.

Elsewhere among the men, Newham had Ben Snaith beat his Birchfield rival Sadam Koumi for the first time but the men’s day did belong to Birchfield despite their sprint relay team dropping the baton.

The competition aside there was much talk was about the two leagues’ proposals to have joint men’s and women’s teams next year.

Edinburgh’s strong women’s squad, third here, voiced objections as their men will let them down while second-placed men’s team Newham were equally against the amalgamation as they believed that their women would take them away from the top flight.

A straw poll suggested that about a third of the clubs at Alexander Stadium were against the proposed move.