Pels' Ingram ruled out vs. Jazz with head injury 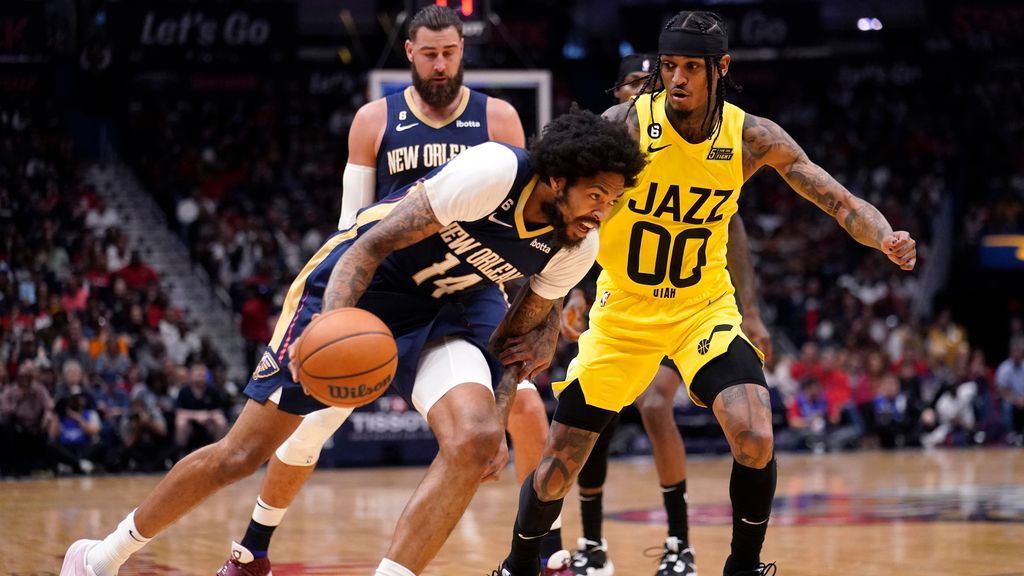 NEW ORLEANS -- New Orleans Pelicans forward Brandon Ingram missed the rest of Sunday's 122-121 overtime loss to the Utah Jazz with what the team is calling a head injury.

The team said Ingram was being evaluated for concussion-like symptoms.

Zion Williamson also suffered an injury in the loss after taking a hard fall in the fourth quarter. He was eventually pulled from the game and did not return.

Ingram collided with teammate Naji Marshall as the two went up to attempt to steal a pass late in the first quarter. Marshall's hand made contact with Ingram, and on the ensuing possession, the Pelicans called a timeout so Ingram could check himself out of the game.

After being evaluated by the team trainer, Ingram appeared to be fine and even told some teammates on the bench that he was fine. Ingram checked back in at the 6:33 mark of the second quarter, but not even a minute later, he called to the bench to check out.

Instead of walking to the bench, Ingram walked directly to the locker room followed by team personnel.

In the Pelicans' first two games of the season, Ingram was averaging 28.0 points, eight rebounds and six assists per game while shooting 54.5% from the floor and 60% from deep. In 11 minutes against Utah, Ingram had 10 points and was 4-of-5 from the field.

The Pelicans are back in action at home on Tuesday night against the Dallas Mavericks before heading west for a three-game road trip against the Phoenix Suns, LA Clippers and Los Angeles Lakers.