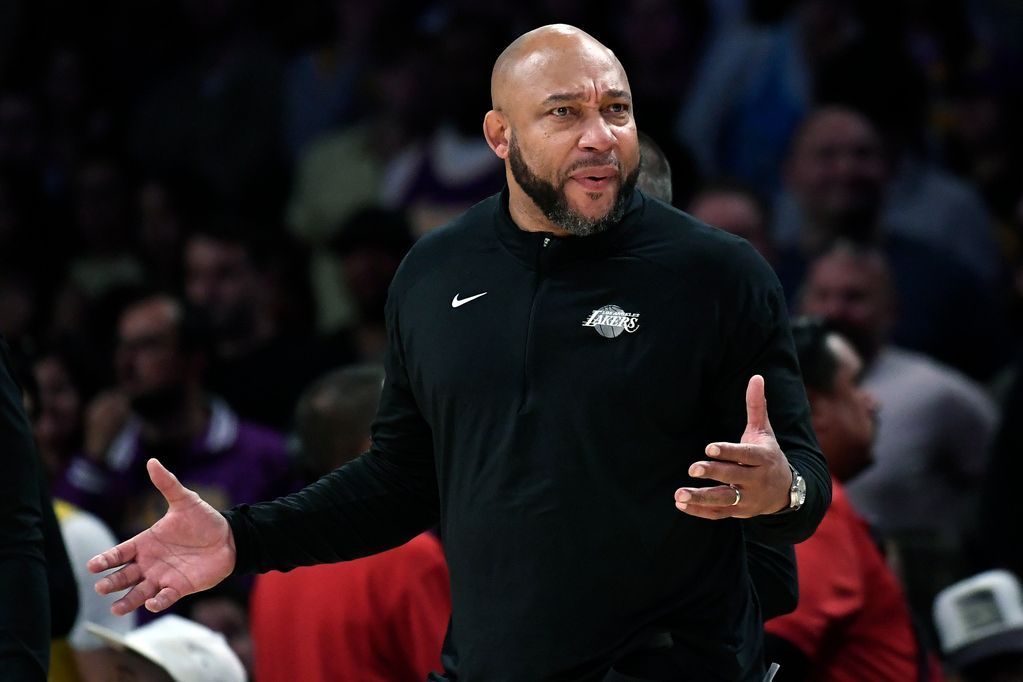 LOS ANGELES -- Lakers coach Darvin Ham benched Russell Westbrook for the final three possessions of L.A.'s 106-104 loss to the Portland Trail Blazers on Sunday, and Ham was unflinching when asked if he'd have to manage any fallout with the point guard from his decision.

Westbrook, who finished with 10 points on 4-for-15 shooting, 6 rebounds, 6 assists and zero turnovers, had been subbed back into the game by Ham with 4:42 remaining in the fourth quarter and the Lakers leading by eight. Over the next four and a half minutes, Portland outscored L.A. by 10 before Ham pulled Westbrook with 12.4 seconds left.

One of those misses came from Westbrook with 27.3 seconds remaining in the game and 18 seconds left on the shot clock. With L.A. holding a 102-101 lead, he missed a 15-foot pull-up jumper that Blazers center Jusuf Nurkic almost invited him to shoot by giving him space with his defense.

"Putting him on Russ, we were just going to kind of play off of Russ in that moment," Blazers coach Chauncey Billups said of the adjustment to have Nurkic guard Westbrook.

Westbrook, when asked about the shot, said he was trying to execute a two-for-one -- a strategy to try to secure two offensive possessions before a quarter ends by seeking a scoring opportunity early in the shot clock on the first one. Ham said he had more of a problem with Westbrook's shot location than his strategy.

"I just wish we would've attacked the rim directly," Ham said. "That's the one shot that teams want you to take and want to give up -- long 2s, contested 2s, what have you. And with his ability to explode and get to the basket still being at a high level, I wish he would've did that. Especially with Nurkic standing back there with five fouls."

Ham added: "Shot selection is something we have to work on."

LeBron James, who led L.A. with 31 points but missed a potential game-tying jumper at the buzzer, was asked about his philosophy on going for a two-for-one when you have the lead, instead of playing from behind.

"I feel like this is an interview of trying to set me up to say something," James said. "I can tell that you guys are in the whole Russell Westbrook category right now. I don't like to lose. I hate to lose at anything. I don't care what happens throughout the course of my season or throughout the course of my career, I hate to lose. And especially the way we had this game. But give credit to Portland.

"You guys can write about Russ and all the things you want to try to talk about Russ, but I'm not up here to do that. I won't do it. I've said it over and over. That is not my [M.O.]. That's not who I am."

However, when answering a question later in his news conference about how he seeks to manipulate opposing defenses, James' response was telling.

"I always have time and score and what's going on and how the defense has been playing me throughout the course of the game, it's always in my head," James said. "I'm not out there just running around, that's for sure."

"Defense has been really good ... the shot-making has not," a visibly frustrated Davis said. "That's the big difference."

James said the team's mood following the loss was "s---ty," which is to be expected.

"If you're around a group of guys that are excited after a loss, then that's the worst business that you can be in. So that's the mood right now. But I'll leave my frustration and what I have here. Once I drive out the tunnel, I'm going to leave it here."

L.A. continues its early-season schedule with a two-game trip against the Denver Nuggets (2-1) on Wednesday and the Minnesota Timberwolves (1-1) on Friday.

"There's no way we're supposed to lose this game," Davis said. "That's where my frustration comes from."