Michael Hooper out of Australia game against Wales 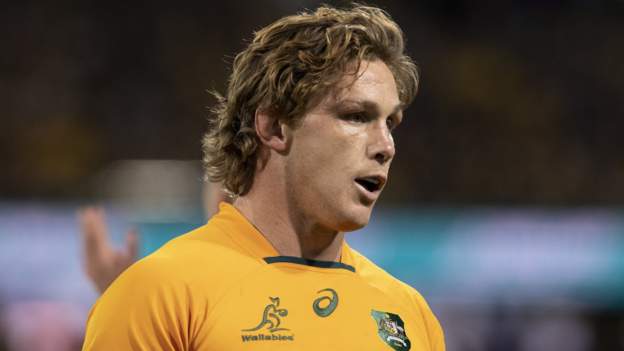 Flanker Michael Hooper is the latest Australia player to be ruled out of the Autumn Nations series game against Wales on Saturday.

Hooper suffered concussion symptoms after playing in the 13-10 defeat against Ireland last weekend.

The Wallabies have been decimated by injuries for the game in Cardiff.

Fly-half Bernard Foley and lock Will Skelton are also unavailable as the Wales game is not being played in World Rugby's international window and their club sides are outside Australia.

That means the Wallabies have 25 fit players from which to select a 23-man squad to face Wayne Pivac's side.

This will be the fifth Test in five weeks for Australia and the 14th international they have played since July, with four wins and nine defeats so far.