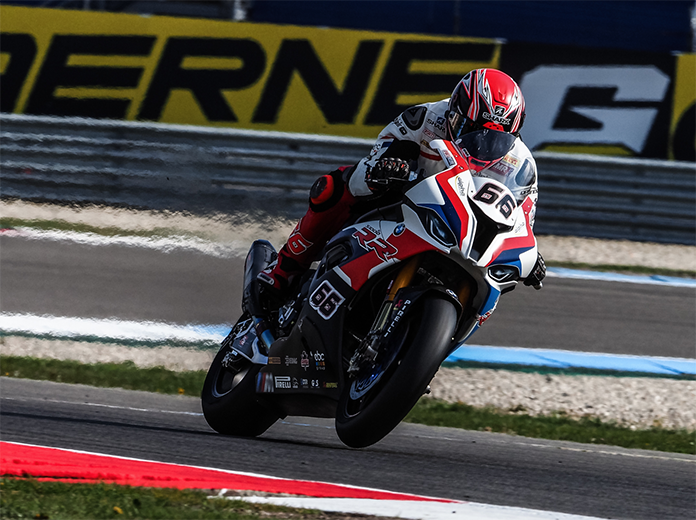 It was a BMW/Kawasaki party at the top of the practice charts. Third belonged to the second Kawasaki entry of Leon Haslam, while the second BMW entry of Markus Reiterberger was fourth fastest.

Michael can der Mark was fifth fastest for Pata Yamaha, while championship leader Alvaro Bautista of Ducati timed in sixth fastest Friday afternoon. The top-five riders were separated by .031 of a second.

Chaz Davies, the second Ducati rider, was involved in a small crash at turn five but was uninjured and returned to the pits unscathed aboard his bike. The second Pata Yamaha rider Alex Lowes also crashed and ended the day 10th overall.

The top-12 riders were separated by less than a second.

More in this category: « East Carolina Backs Weatherman & Ware At Bristol PASS Bringing Stock Car Racing Back To Lanier »
back to top