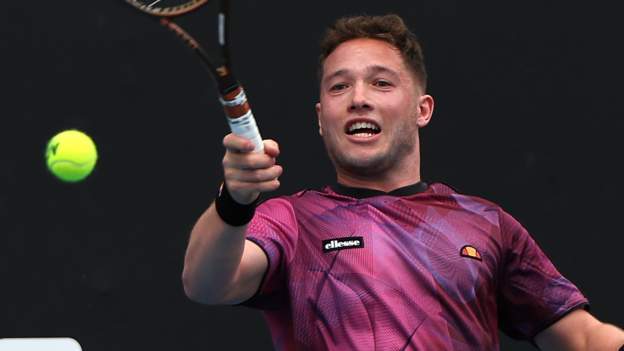 Britain's Alfie Hewett continued his bid for a first Australian Open singles title with a win over doubles partner Gordon Reid to reach the semi-finals of the men's wheelchair event.

World number one Hewett, 25, beat compatriot Reid 6-2 6-4 to set up a semi-final meeting with Takuto Miki.

Hewett and Reid begin their doubles campaign against Miki and Joachim Gerard later on Wednesday.

The pair are chasing a fourth successive doubles title in Melbourne.

Hewett is a two-time finalist at Melbourne Park in the singles event, having won both the French Open and US Open three times.