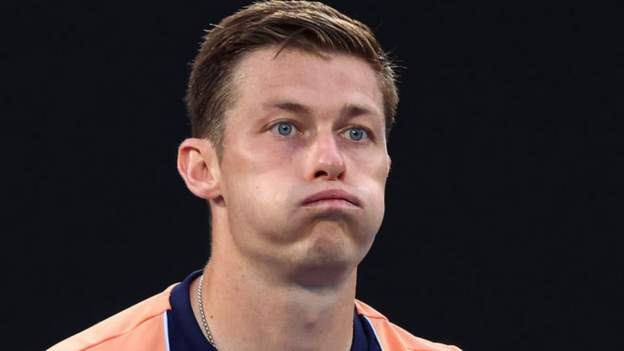 Skupski and Wesley Koolhof were stunned by Rinky Hijikata and Jason Kubler in the men's doubles quarter-finals.

The top seeds were beaten 6-3 6-1 by the Australian wildcards.

He had been hoping to reach back-to-back Grand Slam finals with Dutchman Koolhof after finishing as runners-up at the 2022 US Open.

Hijikata and Kubler are playing their first tournament as a partnership.

They will take on eighth seeds Marcel Granollers of Spain and Horacio Zeballos of Argentina in the last four.

Skupski and Krawczyk have won the past two Wimbledon mixed doubles titles but have never reached the final at Melbourne Park.