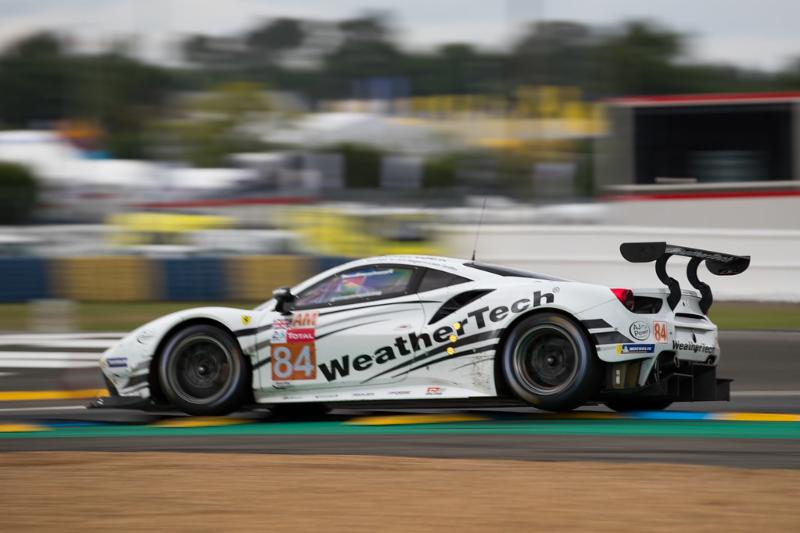 BOLINGBROOK, Ill. – WeatherTech Racing, together with Scuderia Corsa, will field the No. 62 WeatherTech Ferrari 488 GTE in the LMGTE Am Class for drivers Cooper MacNeil, Toni Vilander and Rob Smith at the 24 Hours of Le Mans.

MacNeil will be running his sixth Le Mans with a third place run to his credit in 2017. Vilander will be running his eleventh 24 hours with two wins to his credit. Smith won the event in 2017 in the JMW Ferrari, bringing the combined race count to 16 for the WeatherTech Racing trio at the Circuit de la Sarthe. Combine the driving experience with the WeatherTech Racing Ferrari being prepared by Scuderia Corsa and that gives the team a lot of confidence for the June race.

“I think we have the pieces to do well this year,” MacNeil said. “We have our own entry, Toni Vilander, and we were able to get Rob Smith who won the race two years ago to run with us. Combining these three attributes with Scuderia Corsa running the car could be a winning combination. We had a perfect run in 2017 when we finished third the year Rob won. We have a solid amount of speed in the car with the three drivers so we just need to have another perfect race. Much easier said than done at Le Mans.”

“This will be my eleventh Le Mans start, I have two wins, come second twice and finished third once,” Vilander said. “The Ferrari is a well-balanced race car and works very well at Le Mans. Sometimes we struggle a bit on the long straights but overall its good. The last sector with fast corners is very nice and we can make-up ground. I am looking forward to going back to Le Mans and having a good run. The GTE AM class has a lot of cars and good driver line-ups. We need to perform really well to be in a position to fight for the win. I have a feeling that with Cooper and Rob, with their experience, we will do well.”

“Wow, what a driver line-up,” Smith exclaimed. “I am delighted to be joining such an amazing team for the 24 Hours of Le Mans. The race is the highlight of my 2019 season, and I think we should be very competitive indeed. As well as the great run I had the 2017 race, I have participated in three seasons of the European Le Mans series, being runner up in 2016, and winning the championship in 2017. Le Mans has always been the pinnacle of racing for me and I am delighted to be going back in 2019 with WeatherTech Racing.”

The team will travel to Le Mans, France, for the pre-test weekend June 2 and return for the race to run June 15-16.

More in this category: « East Carolina Backs Weatherman & Ware At Bristol Windom Taking Another Shot At Freedom 100 »
back to top