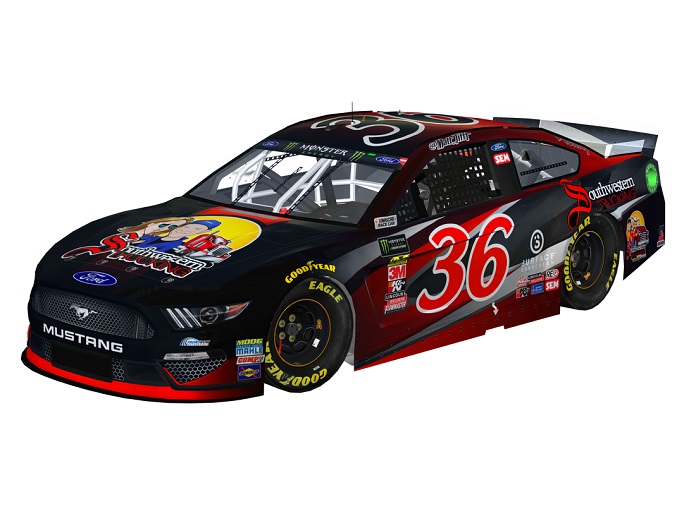 Southwestern Trucking will be featured as the primary sponsor on Tifft’s No. 36 Ford Mustang during the Quaker State 400 presented by Walmart, the 19th race of the season.

Based in Griffin, Ga., Southwestern Trucking has become known for its quality and service in the specialized heavy haul industry, with a focus on the transport of paper machine rolls.

For more than 40 years, the company has been transporting heavy machinery and goods, while also providing quality service and timely delivery.

“We couldn’t be happier to partner with Front Row Motorsports and Matt Tifft at Kentucky,” said Bob Hinkle, CEO of Southwestern Trucking. “NASCAR fans are passionate and loyal, which are values that we strive to uphold as a company. We’re excited to support Matt and share our message with a larger NASCAR audience.”

“I’m looking forward to our partnership with Southwestern Trucking at Kentucky Speedway,” added Tifft. “I’m excited to have the opportunity to bring on a new partner and really look forward to showcasing their company and rewarding their employees for safe driving. We couldn’t do what we do without the kind of services Southwestern provides.”

Through the first nine races of the Cup Series season, Tifft has a season-best finish of 20th, which came at Arizona’s ISM Raceway in March.

Tifft has several positive memories at Kentucky Speedway, including his first-career Xfinity Series top-five finish, a fifth-place run at the 1.5-mile Sparta facility in 2016. In all, he has three top-10 results in five Kentucky appearances.

More in this category: « East Carolina Backs Weatherman & Ware At Bristol Trion Solutions Partners With Marco Andretti »
back to top