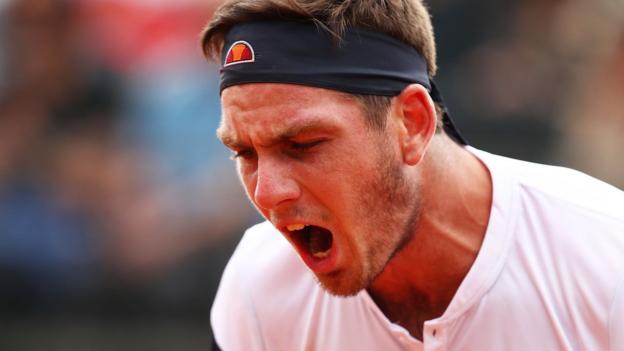 He will play Italian world number 96 Lorenzo Sonego in the next round.

Defending champion Rafael Nadal, who had a bye for the first round, made light work of beating fellow Spaniard Roberto Bautista Agut 6-1 6-1.