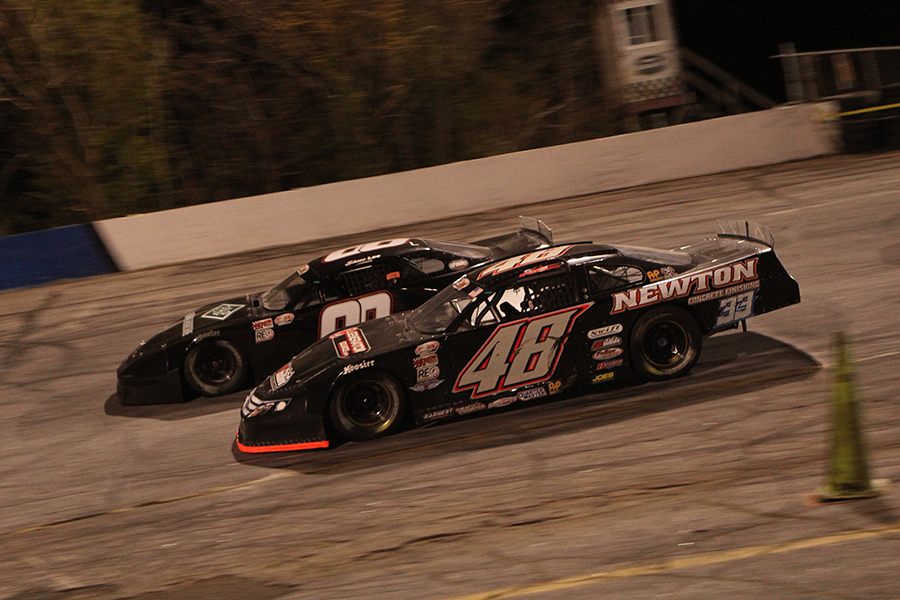 NAPLES, Maine – As the 14th annual MyComputerCareer Easter Bunny 150 approaches this weekend, drivers and teams from across North America are making their annual holiday trek to Hickory Motor Speedway.

It’s a sign that the state of Pro All Stars Series super late model racing in the Mid-Atlantic appears to be on the rebound.

As it has since 2006, the MyComputerCareer Easter Bunny 150 and its iconic trophy have become bucket list material for many short track racers from across the country.

However, there is even more on the line in this year’s version of the MyComputerCareer Easter Bunny 150. With more than 30 cars already entered, the Bunny has added importance this year, as it is once again part of the PASS National Championship Series.

Five-time PASS national champion Ben Rowe has seen the Easter Bunny 150 grow since its inception in 2006, and he believes it will just to continue to grow as one of short track racing’s premier events.

“I think it’s just getting bigger and bigger,” said Rowe, a winner of the Easter Bunny 150 in 2009 and 2016. “Everyone in the south knows the Easter Bunny at Hickory now. Just look at Bubba Pollard, one of the best Super Late Model racers in the country is coming to Hickory again to try and get the Easter Bunny trophy, that says a lot.”

On the other end of the spectrum is second-year PASS racer Gracie Trotter. Trotter turned heads with an impressive drive in the 2017 Mason-Dixon MegaMeltdown at Hickory.

Coming off a historic sixth-place finish in Asheboro, N.C., last year – which tied Kenzie Ruston and Tayla Orleans as the best finish by a female ever in PASS competition – Trotter is ready to try her hand again against the best short trackers on the continent.

“I’ve always ran well at Hickory, and holding off Ben Rowe for the win in the last chance race a couple of years ago was huge,” noted Trotter. “There are a lot of cars in this race so I’m going to have to stay on my toes.

“I know if I stay patient, keep the nose clean, and watch ahead, I can get a good finish.”

Rowe and Trotter will be up against one of the strongest fields ever assembled on Saturday during the Easter Bunny 150, including five-time Easter Bunny 150 winner Preston Peltier (2010, ’13, ’15, ’17, ’18), defending Oxford 250 winner Bubba Pollard, and former Hickory winner and fan favorite Brandon Setzer.

Jerick Johnson will pilot the MyComputerCareer machine and will be joined by Kyle Busch Motorsports driver, Amber Balcaen, who is making her first PASS super late model start.

The action kicks off on Friday, with optional practice for the PASS super late models and mini stocks from 3-6 p.m.