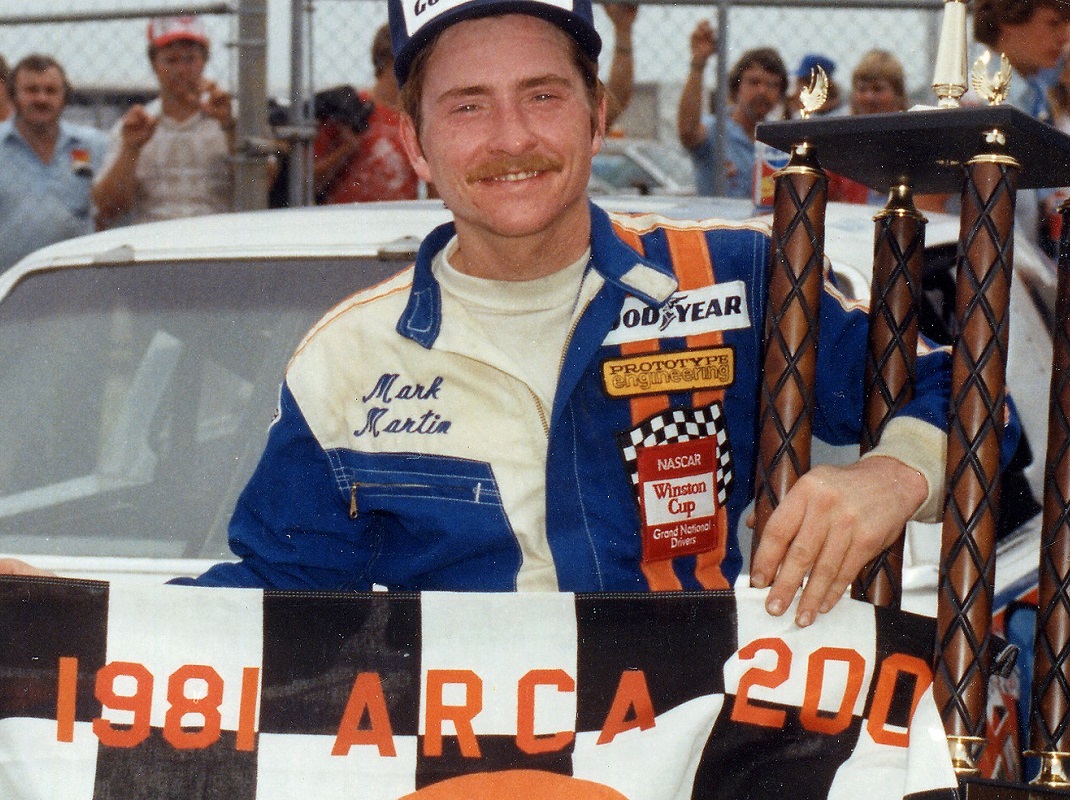 TALLADEGA, Ala. – The ARCA Menards Series has been a part of Talladega Superspeedway’s history since the track’s inaugural season in 1969.

Over the course of those 50 years, the series has run 55 races on the daunting 33-degree banks, where speeds approach 200 miles per hour.

The list of previous winners reads as a mixture of a who’s who of racing and some of the greatest underdog stories in stock car racing.

ARCA first visited the rolling foothills of Talladega in 1969. Jim Vandiver won the first race, a 500-miler, by two laps over Ramo Stott and Freddie Fryar. He averaged an impressive 156.017 mph in a race that was slowed five times by cautions.

Since then, drivers like Mark Martin, Davey Allison, and Jimmy Horton used Talladega wins to propel themselves into rides in the NASCAR Cup Series, while drivers like Rick Roland, Sandy Satullo, and Jim Vaughan all scored their only series wins at the 2.66-mile tri-oval.

Most recently, Talladega has been a proving ground for young drivers who need experience racing at high speeds and in the draft before gaining approval to race in the NASCAR Gander Outdoors Truck Series or the NASCAR Xfinity Series at Daytona.

For NASCAR Hall of Fame driver Martin, who won at Talladega in 1981 as a 22-year-old superspeedway rookie, he already had a solid record of success on the midwestern short tracks. At the time, he had won three American Speed Ass’n championships and was preparing to take his small team to the big leagues.

He outran Joe Ruttman and Tim Richmond, two drivers who would forge their own paths to stock car success, for the win.

“(That win) was huge for us in a couple of different ways,” Martin said. “First, it was with my own little team that we raced late models with around the Midwest. And it was my first race on a superspeedway in preparation for Daytona in February of 1982. It was my plan to get some experience at a monster race track like Talladega and then run some other Busch Series – now Xfinity Series – races to prepare myself for the full 1982 season.

“We raced out of North Liberty, Indiana,” Martin continued. “We came down and we had a really fast car. We qualified second and ran strong all day. It was a big deal to get experience on a track that big because all of my experience had been on tracks that were a quarter mile or a half mile long.”

Martin’s 1981 ARCA win was, at the time, seen by many one of those dramatic underdog wins. However, Martin didn’t necessarily agree with that assessment.

“I didn’t really see it that way at the time,” he said. “We had already won three ASA championships in a row in 1978, 1979, and 1980. We were pretty strong. Yes, we were on a different playground, but we were strong. The guys we were racing against like Tim Richmond, Joe Ruttman, and Billie Harvey, all the guys in that race, I understood that I didn’t know a lot about their kind of racing, but we had plenty of experience.

“At the time it was really cool, but I just didn’t see it as an underdog win because we were really strong,” Martin added. “I can see how others might have because we just didn’t have a lot of experience at that kind of racing. We were pretty good at doing our homework.”

Through tremendous perseverance and dedication, he managed to also join that who’s who of motorsports list later in his career.

More in this category: « East Carolina Backs Weatherman & Ware At Bristol Haylee Johnson Is Darlington’s New Lady In Black »
back to top