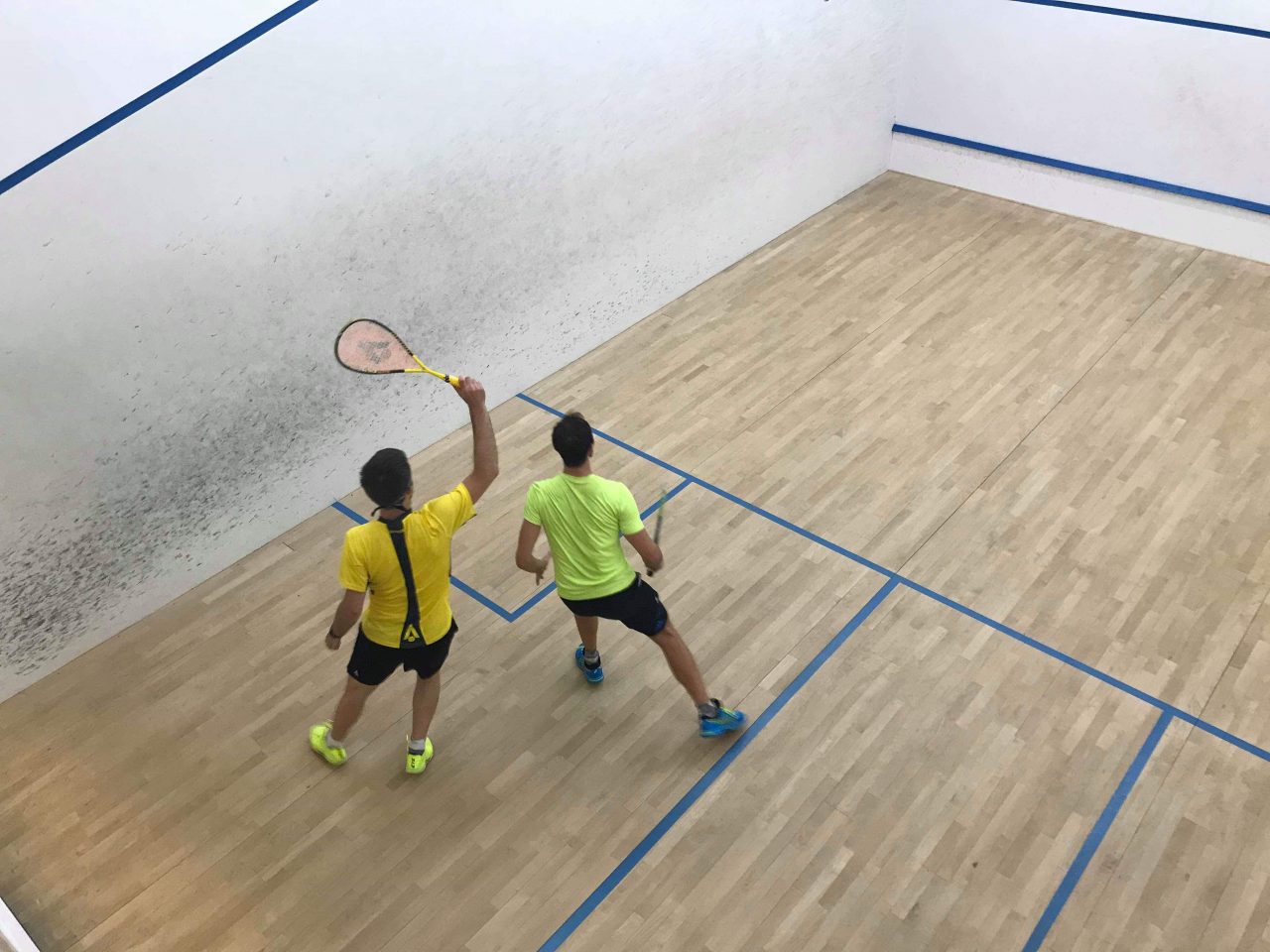 Downer overcame Nick Mulvey in the semi-finals, while Harris fought back from a game down to beat Robbie Dadds.

Semi Final 1: Rob Downer beat Nick Mulvey (3-1) 11-5, 3-11, 11-7, 11-7
On paper this was a very interesting match up. Both players move well and like to take the ball in early. However, Nick has been recovering this past six months from a torn hamstring and by his own admission was not expecting much from this game. Nick started slowly in the first, allowing Rob to race from 4-4 to 9-4 before conceding the game 11-5.

Nick then woke up in the second, putting in amazing counter-attacks which caught Rob off guard. 11-3 and 1-1. Rob readjusted in the third, playing more patiently. Neither player really managed to consistently find their targets at the back, so a hacky crosscourt game was punctuated by outstanding winners to the front. The same story played out in the fourth game, and it was Rob who won both 11-7, 11-7.

Rob came out firing again in the fourth, and the crowd started to hope they’d see a fifth game as Rob led up to 7-6. More magic from the Harris racket and the match with it 11-7 on a volleyed backhand trickle boast in the front left.

Final: Rob Downer beat Mike Harris (3-0) 11-9, 11-5, 11-8
This brought together the top two seeds. Both players had performed very well in the run through, and took to court in front of a packed house. The makings of a perfect final.

Rob started strong. No flashy nick attempts this time. Only solid, relentless pace hitting. Mike seemed a little off, tinning more of his short game than he had before. 11-5 to Rob. Mike never really got into the 2nd game. He hit tin after tin and looked to be concerned about his hamstring although he never mentioned it.

Rob never faltered, though, controlling the middle and shutting down any angles for Mike to work off. 11-4 and 2-0 to Rob. In the third game Mike went into exhibition mode, and the shots started coming off. Outrageous nicks, flicks, holds and James Willstrop style triple fakes. Crowd on the edges of their seats.

Downer came back with winners of his own. From 3-5 down Rob found himself 10-5 match ball up. Mike then found more magical winners and got to 8-10. Rob then spawned a back wall nick roller off an over-hit drive to win! 3-0, but the third game was an absolute treat.