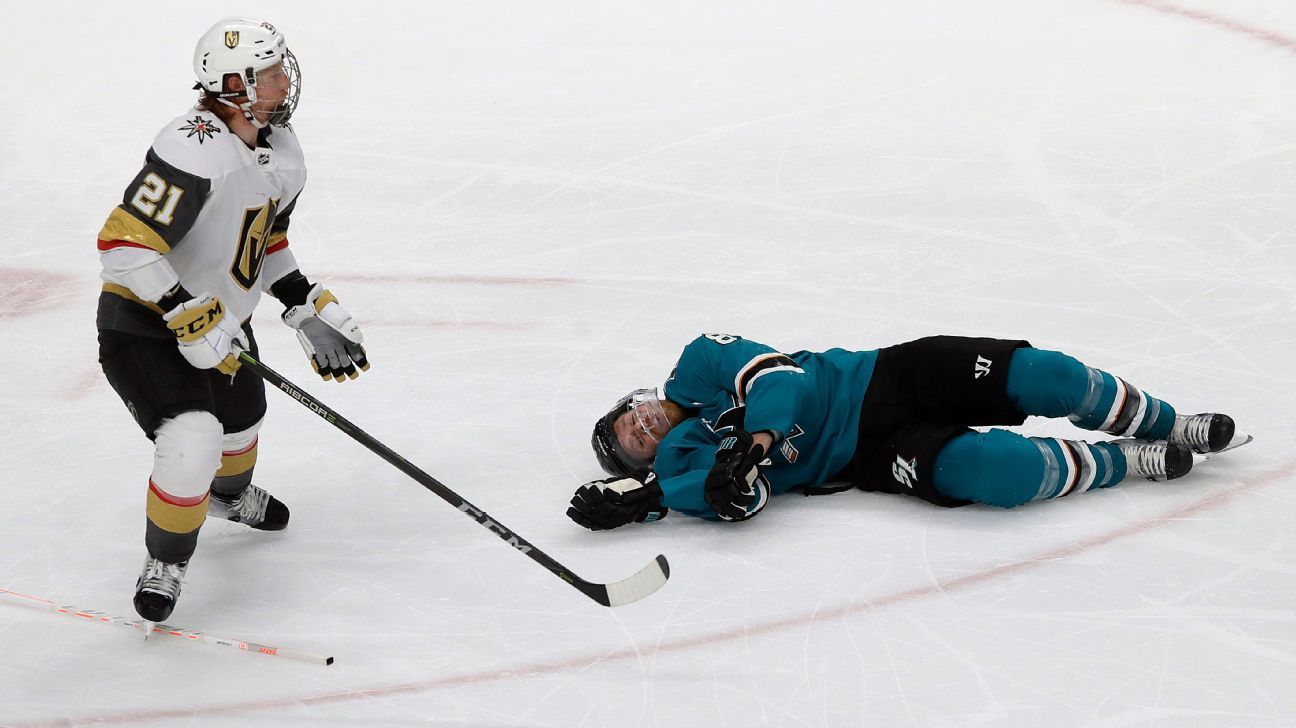 San Jose Sharks captain Joe Pavelski had to be helped off the ice in the third period of Tuesday's Game 7 against the Vegas Golden Knights after his head hit the ice after he was cross-checked by Cody Eakin during a faceoff.

Eakin was given a five-minute major and a 10-minute game misconduct.

The incident happened at the 10:47 mark in the third. On a faceoff in San Jose's offensive zone, Eakin cross-checked Pavelski in the chest. Paul Stastny then hit Pavelski as he fell to the ice, with his helmet slamming down.

Pavelski appeared to be knocked out, and blood poured out of his mouth, which was injured after he took a puck to the face while scoring a goal in Game 1.

"You see our leader go down, he's out cold on the ice and it was kind of like he was seizuring up a little bit so tough to see," teammate Logan Couture said.

The officials huddled as a dazed Pavelski was helped to the locker room.

"He's the heart of this team, and to see him go down like that and suffer like that was heartbreaking for us," said center Joe Thornton. "That power-play unit, it won us the game. The boys got together and said this is for Pavs. We love him. It was just a matter of will, and we willed that one for him."

Trailing 3-0 at the time of the penalty, the Sharks rallied behind their captain, thanks to two goals from Logan Couture, one from Tomas Hertl and then the tiebreaker from Kevin Labanc, who assisted on the first three goals. It marked just the second time a team had scored four goals on one major power play in a playoff game.

After Vegas tied the score in the final minute to send the game to overtime, Barclay Goodrow clinched the series for the Sharks, scoring with 1:41 left to give San Jose a 5-4 win.

The Sharks will face Colorado in the Western Conference semifinals.