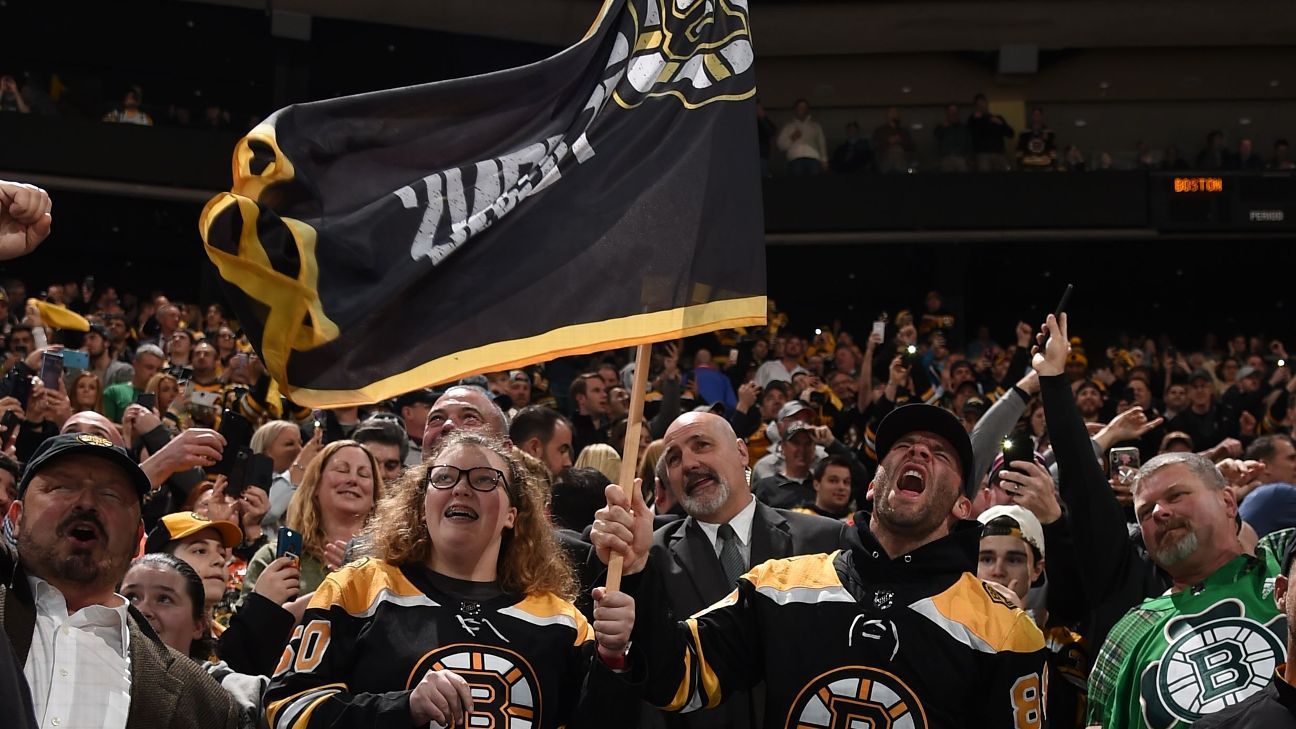 BOSTON -- The Boston Bruins were amped up for Game 7 against the Toronto Maple Leafs on Tuesday night -- then got an extra boost late in the first period from a famous fan.

With 4:29 remaining in the first period, the jumbotron at TD Garden panned to New England Patriots wide receiver and Super Bowl LIII MVP Julian Edelman, who chugged a beer with impressive focus. The crowd began roaring -- and apparently the Bruins' bench did, too.

"Julian Edelman chugging a beer was awesome," Bruins coach Bruce Cassidy said after the game, when asked about the crowd environment. "Probably got everyone fired up -- including us. Good for him."

The Bruins were leading 1-0 at the time, and went on to defeat the Maple Leafs, 5-1, to advance to the second round. It's the second straight year Boston knocked out Toronto in a Game 7.

"We'll return the favor, at some point down the road," Cassidy said of Edelman's chug. "But I thought it was outstanding. That's Game 7 playoff hockey for you, right there."

Edelman was the honorary banner captain for the Bruins before the game, along with Special Olympics Massachusetts athlete Meghan Colby.

As a guest of the Washington Capitals for Game 5 of their first-round series against the Carolina Hurricanes, Washington Redskins linebacker Ryan Kerrigan also chugged a beer on camera. Kerrigan chugged his beer through his shirt -- the same way Capitals winger T.J. Oshie did it for the Capitals' Stanley Cup parade last summer.