Darnold returns and leads Jets to 1st win in 2019 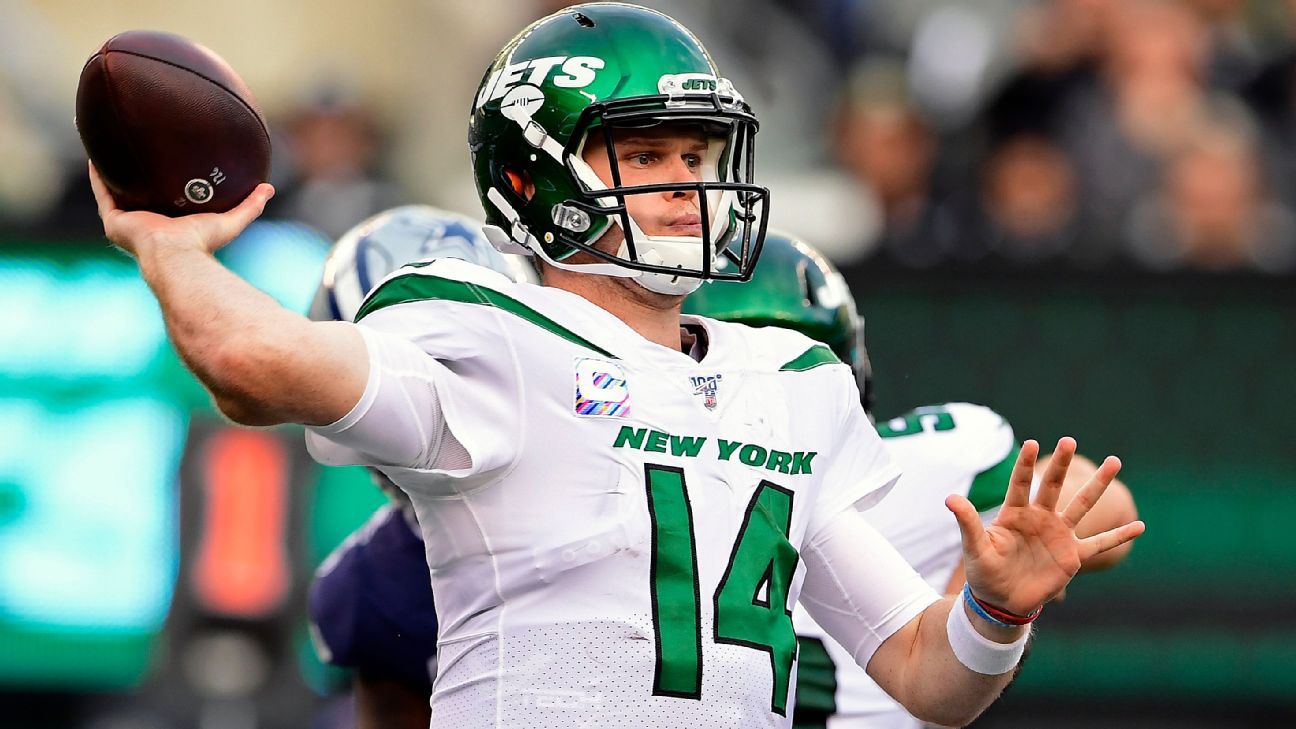 EAST RUTHERFORD, N.J. -- The New York Jets held on to get their first win of the season, 24-22 over the Dallas Cowboys on Sunday at MetLife Stadium, energized by the return of quarterback Sam Darnold from his bout with mono.

Darnold passed for 338 yards and two touchdowns and gave the Jets (1-4) an NFL-caliber offense, something they lacked in his three-game absence, and provided hope as they prepare for a schedule that softens in November.

Playing with plastic protection over his previously enlarged spleen, Darnold orchestrated three touchdown drives in the first half, including a 92-yard scoring pass to Robby Anderson. Some context: The Jets had only two offensive touchdowns in the first four games, the last 2 1/2 with former third-stringer Luke Falk at quarterback.

Quarterback play matters in this league -- a lot. Darnold made coach Adam Gase look smart as the Jets jumped to 21-3 lead. He connected with seven different receivers, showing his ability to see the entire field -- something Falk failed to do. If he was rusty or out of shape from the long layoff, it didn't show.

A few days ago, offensive coordinator Dowell Loggains said, "Sam is not a magic wand." On Sunday, Darnold proved he was.