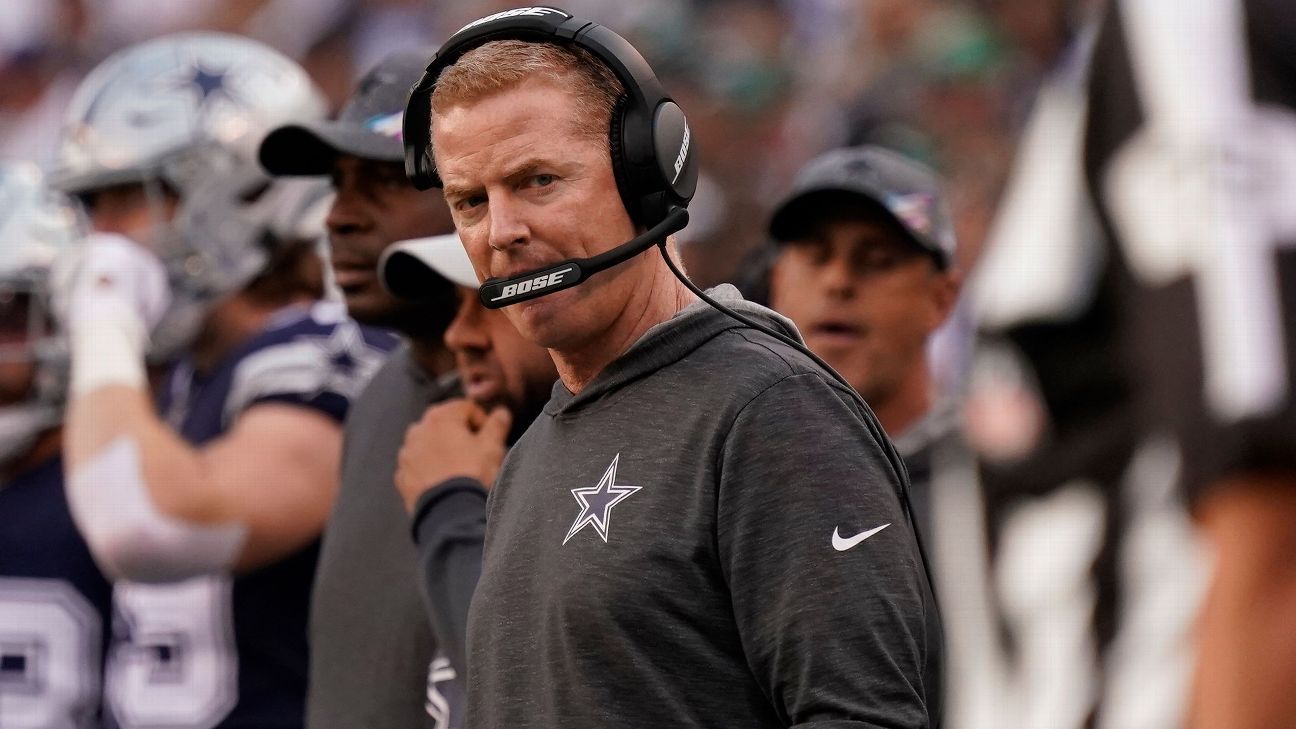 EAST RUTHERFORD, N.J. -- As disappointed as Dallas Cowboys owner and general manager Jerry Jones was in his team's third straight loss, he was not ready to pin sole responsibility on head coach Jason Garrett.

The Cowboys opened the season 3-0 with one of the highest-scoring offenses in the NFL. With their 24-22 loss to the previously winless New York Jets on Sunday, they now find themselves in a bit of a freefall even if they are still tied with the Philadelphia Eagles atop the NFC East.

"I'm going to be very trite. I was a lot happier with what he had done the first three games than what's happened the last three games," Jones said. "But the big thing I want to say is it's not just him. This is across the board. That had a lot of input out there tonight to get in that spot."

Speaking on 105.3 The Fan in Dallas last week, Jones dispelled the possibility of Garrett getting fired in-season after some oddsmakers made him the second favorite to be fired behind Atlanta's Dan Quinn.

Jones has made only one in-season coaching move, jettisoning Wade Phillips in favor of Garrett after a 1-7 start to the 2010 season. Garrett took over the job on a full-time basis in 2011 and has made the playoffs three times, but has not advanced past the divisional round.

He is in the final year of his contract, essentially coaching for his future.

"If you really look at it, you can't take one thing. It can be a list of 15 things with some having more of an emphasis on maybe the player, the execution, mistakes, breaks -- all of those kinds of things. Across the board we did not play well enough to win. Had we been able to tie this thing up, or win that thing at the end, it wouldn't be because we played well. You guys would be writing about a team that did not play well that won a game. Instead you're [writing] about a team that what usually happens to you when you don't play well. Am I thinking that this is what we are going to be or what we can do with our 10 games that we have remaining, here we are leading the NFC East? Not at all.

The Cowboys were 3-3 after six games in 2018 and fell to 3-5 before turning their season around, winning the division and a playoff game.

"Ultimately everything that we want will be determined by what we do from this moment forward," Garrett said. "We just have to get back to work [Monday], take it one day at a time and try to get better as a football team."