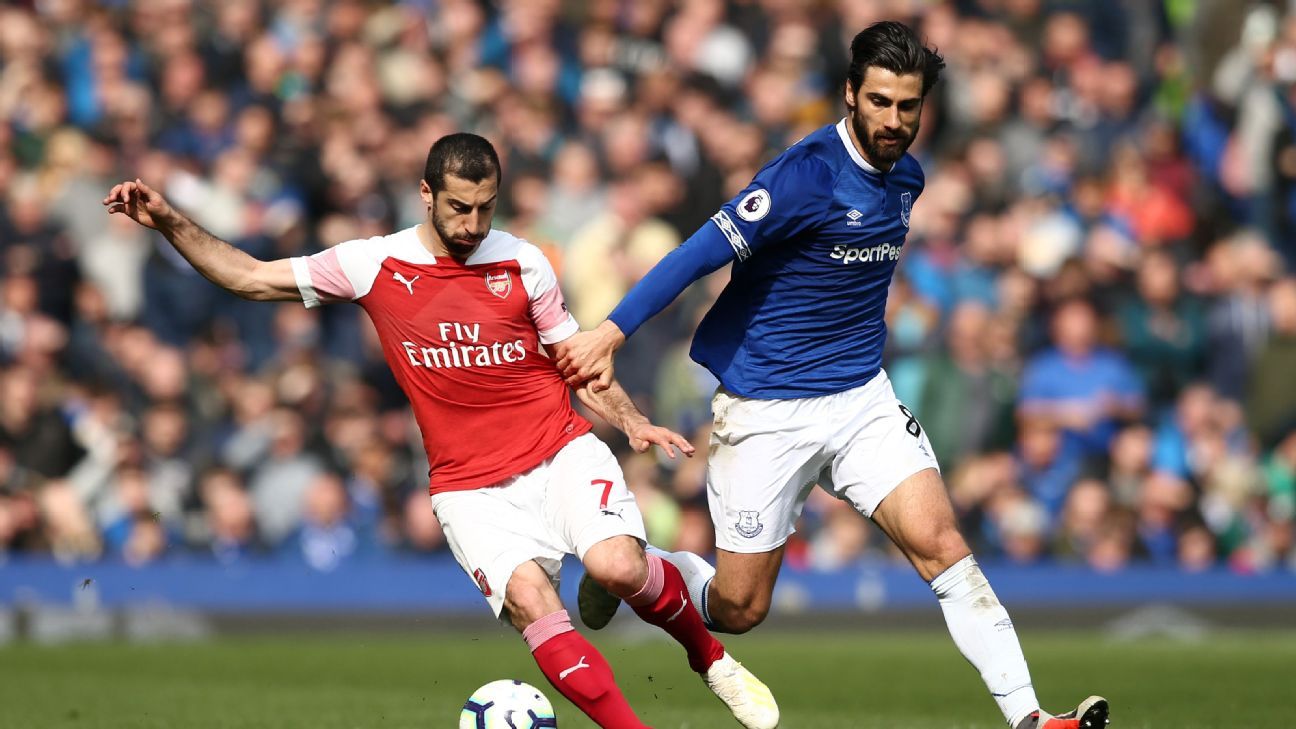 Arsenal are monitoring Barcelona midfielder Andre Gomes with a view to rivalling Everton for the Portugal international's signature this summer, sources have confirmed to ESPN FC.

Gomes, 25, is on a season-long loan at Everton and Arsenal have followed his performances in the Premier League with interest. However, there has not yet been any official contact between the Gunners and Barca over a transfer.

Everton are also hopeful of making the loan move permanent when the campaign ends.

Barca are keen to sell Gomes, who they paid Valencia an initial €35 million for in 2016. The Catalan club are looking to bring in €30m for him as they aim to generate between €250m and €300m in sales this summer, as revealed by ESPN FC.

Arsenal manager Unai Emery is a fan of Gomes and was interested in signing him last year, too. Nothing materialised then but the looming exit of Aaron Ramsey, who will move to Juventus when his contract expires in June, opens up a space in midfield.

Gomes, who came through the youth ranks at Benfica, was one of the brightest midfield prospects in Spain when he joined Barca -- Real Madrid had also wanted to sign him.

Arsenal director of football operations Raul Sanllehi was working at Barcelona at the time and was involved in the deal to take Gomes to Camp Nou. Like Emery, he is an admirer of the midfielder's qualities.

Gomes has found stability at Everton and is enjoying his football again after a tough time in Catalonia. He struggled with the pressure at Barca, to the point that he admitted there were moments that he feared leaving his house.

He has made 28 appearances for the Goodison Park club so far this season, 26 in the Premier League and two in the FA Cup.