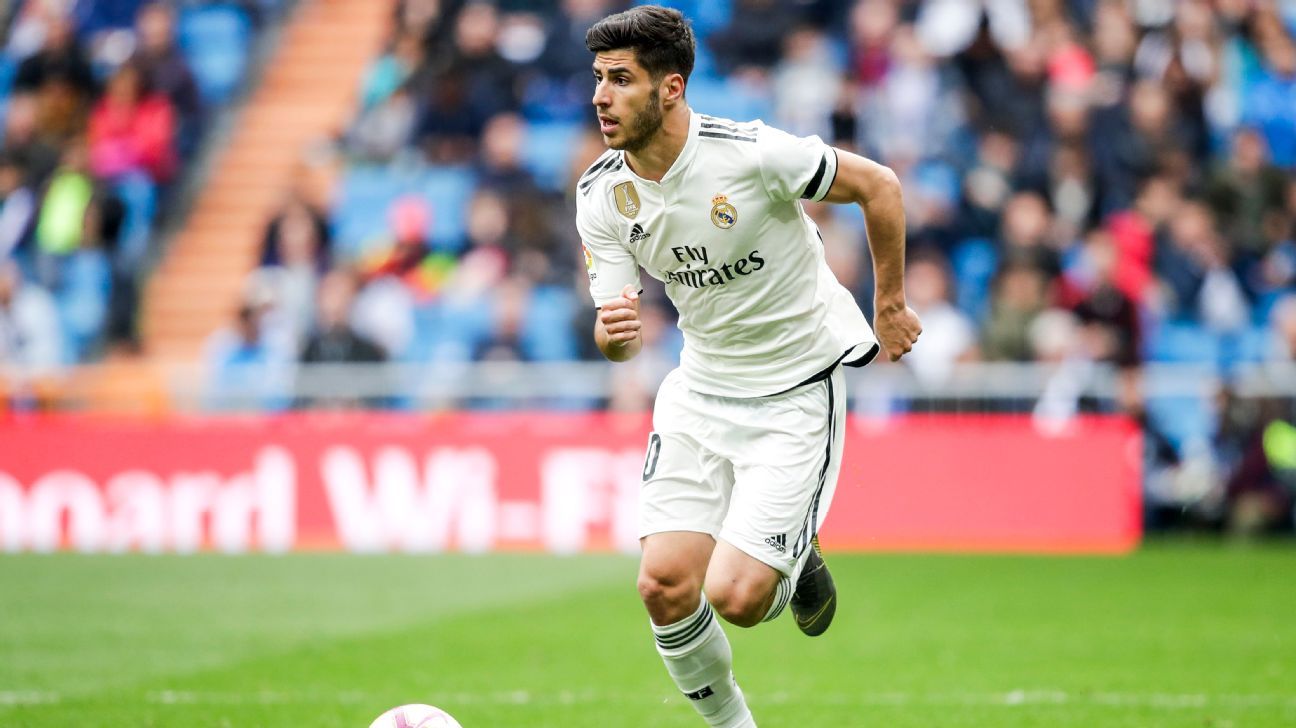 Real Madrid have rejected multiple offers of up to €180 million for Marco Asensio, with neither the club nor player having had any intention of taking them up, the Spain international's agent has told ESPN FC.

Asensio, 23, has emerged as one of Spanish football's most exciting talents in recent seasons, having scored goals in winning Champions League, European Super Cup and Spanish Supercopa finals as well as several spectacular strikes.

A disappointing 2018-19 campaign led to suggestions he could leave Madrid as part of a summer overhaul with Liverpool and Juventus reportedly to be leading the chase.

"Over the last year there have been offers as high as €150m and €180m, but Madrid did not want to listen to them," Horacio Gaggioli told ESPN FC. "There is always interest in Marco from other big clubs, seeing if he wanted to leave, which is normal for the player he is.

Asensio has three goals in 33 La Liga and Champions League appearances this season, and was often benched by previous coach Santiago Solari, who favoured Vinicius Junior and Lucas Vazquez as his wingers.

However, he has started five of the six La Liga games since Zinedine Zidane returned to the club as manager last month -- and has also been among the players most used by Spain boss Luis Enrique.

Gaggioli, who also advises Barcelona's Lionel Messi, said Asensio has been a victim of the entire squad underperforming this season.

"This year it has been difficult for everyone at Madrid, it has not been a good year for anyone at the club," he said. "These things can happen in football -- the whole team dropped their level, not just Marco.

"Maybe there was more a focus on Asensio as he had shown such a high level before, there was lots of expectation, and it has not worked out this year. But on an individual level it is not easy if the team is not playing well.

"It does not matter who you are, whether you are Lionel Messi or Diego Maradona. But Marco has played well with Spain, has become a regular with the senior international team.

"He is just thinking now about next season, and winning things again with Real Madrid."

More in this category: « Solskjaer formation fail, Guardiola's strange changes Man United would be fools to let Pogba go »
back to top