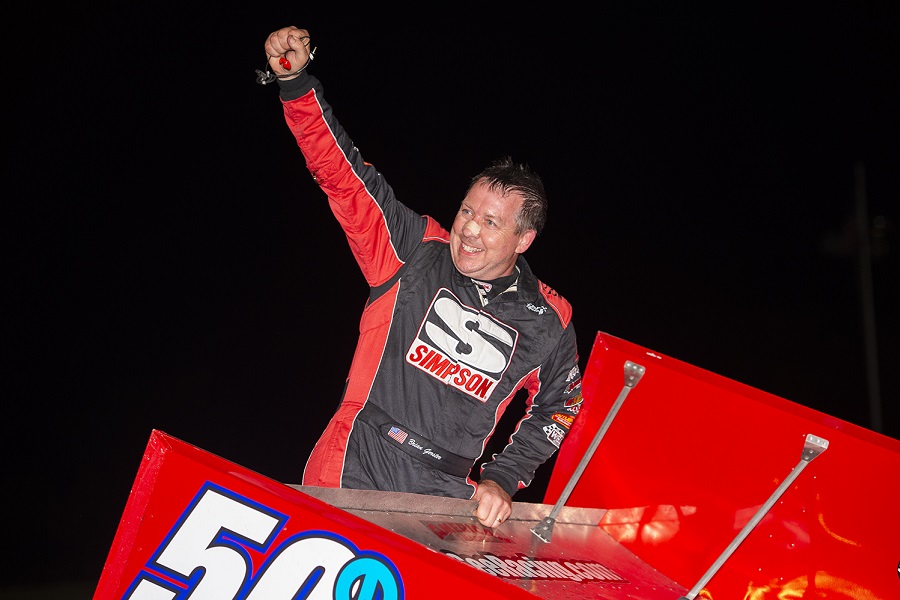 The Fishers, Ind., native has won on the high banks of Winchester and Salem, as well as Lucas Oil Raceway, Anderson and seemingly everywhere in between, including Toledo Speedway, host of this Saturday night’s Hemelgarn Racing/Super Fitness Rollie Beale Classic where he’ll make his first Silver Crown appearance since 2011 when he takes the wheel of Dick Myers’ Ram Engineering No. 94, the same team with which he’s accumulated numerous wins, fast times, track records and championships over the past decade in winged sprint car competition.

The possibility of a Silver Crown ride came together for Gerster at the beginning of the year and the two-time third-place finisher in the USAC National Midget point standings in 1995-96 jumped at the chance.

“(Team owner) Dick Myers and I have been together full-time in the sprint car stuff for about eight years,” Gerster explained.  “I’m very excited for the opportunity to run the Silver Crown Series again on the pavement with the same group of guys.  The Silver Crown Series is the most competitive open wheel racing going right now on pavement.  It’s a big challenge for us and that’s why we’re looking forward to doing it.  We just have to jump in and see how it goes.”

At Toledo, specifically, Gerster knows his way around the half-mile, high-banked paved oval. It was less than a year ago when he set the all-time one-lap track record of 12.096 seconds in a winged sprint car. Gerster is quick to note the differences between the winged sprint car and the Silver Crown car as he heads into his debut in a champ car at Toledo.

“The winged sprint car is obviously a different animal,” Gerster noted.  “I’ve got a really good program there. I don’t expect a lot of what we learn running the wing car will translate to the Silver Crown car. I’m probably going to rely more on the experience that I’ve gained running the USAC Midget and Sprint Car stuff back in the day.”

Though he and Ram Engineering have had their share of success on pavement race tracks in the Midwest, and certainly at Toledo, Gerster’s expectations are tempered.  After all, it’s been eight years since he’s been in a Silver Crown car and nearly two decades since Myers has been involved with one, most recently with the VanKlompenburg No. 3 driven by the likes of Bill Tyler and Johnny Parsons.

“Compared to Gene Nolen’s car and what Bobby Santos has been doing, Aaron Pierce, and the guys who have been running the series, for us, it’s just a matter of being five or six years behind what everybody else has been doing.  We’ve just got to get back in there and build our notebook and see if we can run 100 laps and learn and apply that to the next race.

“This year, we just want to go out and run as competitively as we can,” Gerster said.  “There’s going to be a lot of learning for sure.  We realize that going in, and that’s why we’re taking on the challenge.  We wanted to do something new and different and see how we stack up.”

More in this category: « East Carolina Backs Weatherman & Ware At Bristol ‘Big Bertha’ Was A Big Winner »
back to top