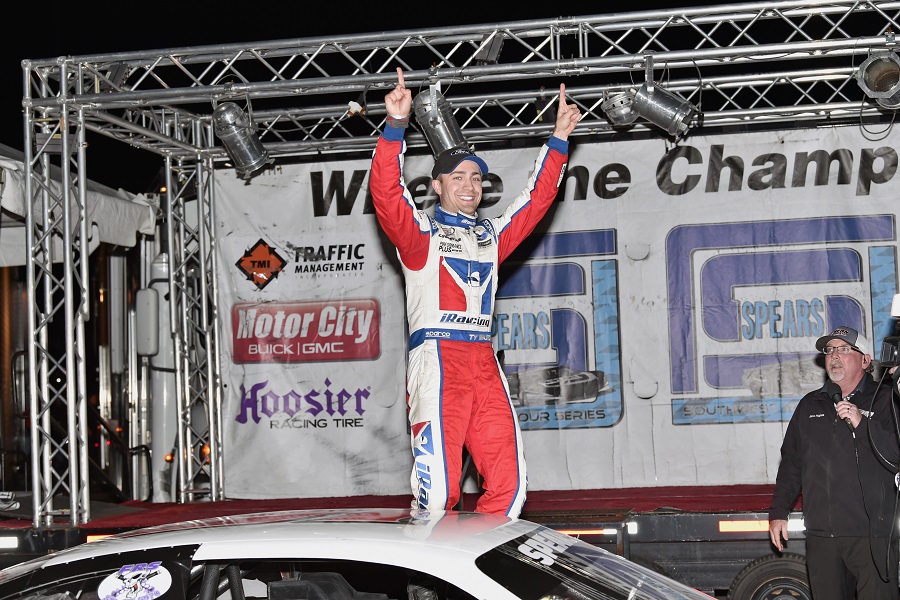 Talladega is an 11th-hour addition for Majeski and the CBR team after the veteran ARCA Menards Series organization announced last month that Majeski, a Midwest short track standout, would compete in five events this season.

In addition to Talladega, Majeski will now compete in six races total. Following Friday’s race, Majeski will return at Charlotte (N.C.) Motor Speedway in May then race at Pocono (Pa.) Raceway (June), Michigan Int’l Speedway, Chicagoland Speedway and the season-finale at Kansas Speedway in October.

“I found out Monday that I would be making my ARCA debut at Talladega and I’m excited about that,” said Majeski. “Chad Bryant Racing has proven to have exceptional restrictor plate cars and I look forward to the opportunity to showcase that.

“I also embrace the opportunity to work with my teammate Joe Graf Jr. and hope that we can draft together and put ourselves in a position to battle it out for the win. That would be the best-case scenario this week.”

A native of Seymour, Wis., Majeski has long been considered one of the stoutest stock car talents of the past decade with four ARCA Midwest Tour super late model championships and triumphs in prestigious events like the World Series of Asphalt Stock Car Racing, Florida Governor’s Cup, Oktoberfest 200 and the Rattler 250.

From the short track scene, Majeski ran a limited ARCA schedule from 2016 – 2017 before being elevated to a 12-race NASCAR Xfinity Series campaign in 2018. In nine ARCA starts, Majeski earned two top-five and seven top-10 finishes, including a career-best second place finish at Kansas Speedway in 2017 driving for Cunningham Motorsports, the predecessor of Chad Bryant Racing.

“I’m very happy to have Ty driving for us at Talladega,” said team principal Chad Bryant. “With him driving at Talladega it provides a chance to jumpstart our relationship and get the mojo back moving between Ty and Paul (Andrews.)

“Ty came to Cunningham Motorsports in 2016 and got off to a fast start and did some amazing things in a short amount of time.

“Ty may be driving under a new team name, but a lot of the fundamentals from his time at Cunningham Motorsports are still in place today. I expect him and Paul (Andrews) to pick up where they left off and be an asset to our two-car program throughout the 2019 season.”