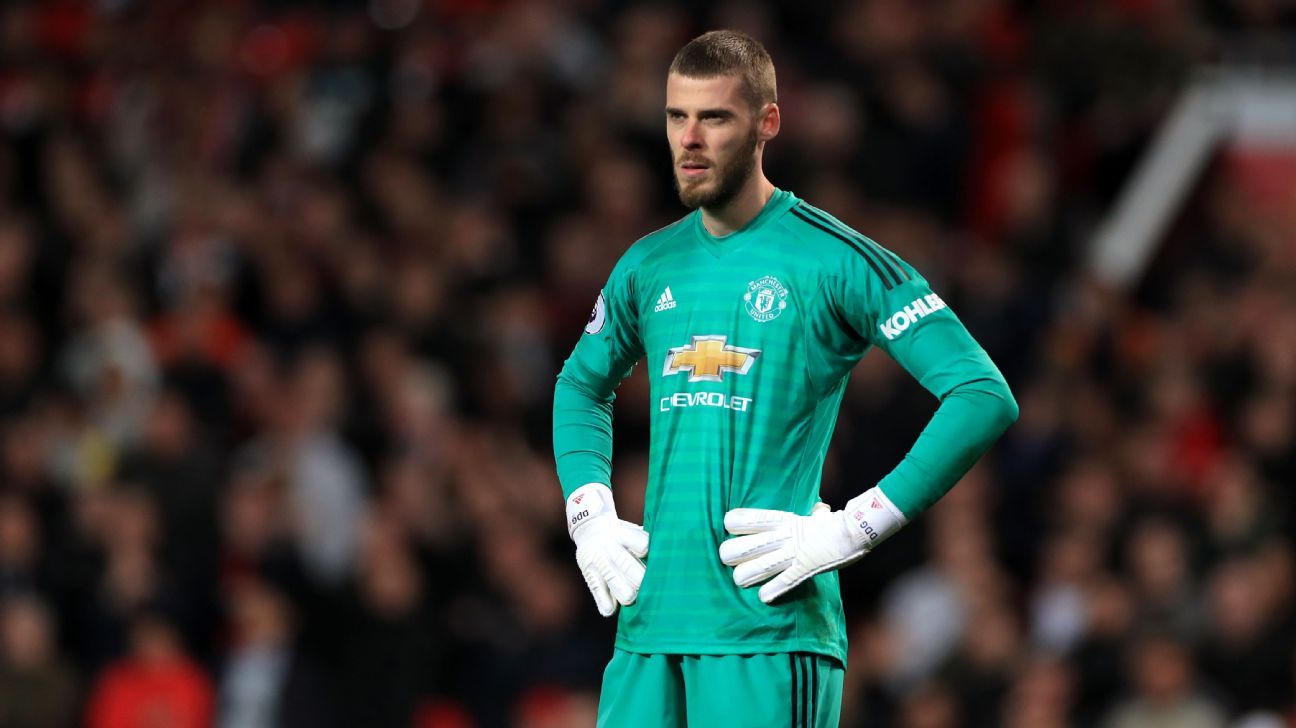 De Gea, yet to sign a new deal at Old Trafford, has made key mistakes in the last four games as United have lost seven of their last nine matches, but Solskjaer said he would start against Chelsea on Sunday.

Asked whether he has considered dropping De Gea, the manager said: "No, not at all, because I trust David and he's, for me, been the best player United have had in last six or seven years, absolutely outstanding.

"Going through tough patches is part of a footballer's career, and David will be fine."

De Gea has not kept a clean sheet for two months, and the 2-0 home defeat to Manchester City on Wednesday saw him become the first United goalkeeper to concede 50 goals in a league season for 40 years.

The 28-year-old, Player of the Year in four of the last five seasons, is in a contract stand-off with the club, but Solskjaer said that was not a reason for a loss of form.

"That's something you have to deal with as a footballer," he said. "You don't always have a contract for five or 10 years or three years. It's a situation, David's coming in every single day doing what he should be doing."

Paul Pogba's future is also uncertain, with sources telling ESPN FC that the midfielder is open to a move to Real Madrid.

But United have no intention of selling the France international and, with three years left on his deal, are under no pressure to cash in.

Solskjaer has spoken of his desire to build his new-look team around Pogba and the United boss is confident the 26-year-old will be at Old Trafford next season.

"You can't guarantee anything in football but yes, I think Paul's going to be here," he said. "I can assure you he's very determined to succeed at Man United.

"We want him to do well. He's a leader in that dressing room and on the pitch for us and back to if I can guarantee, he will be here as far as I'm concerned."

United are on their worst run of form since 1962 and face Chelsea at Old Trafford on Sunday -- a game they must win to retain any hope of finishing in the top four.

Ander Herrera, who has not played since the win over Watford on March 30, could feature despite looking likely to leave in the summer, but sources have told ESPN FC Ashley Young is a doubt after picking up an ankle injury against City.

"Ander has been training," Solskjaer said. "He's enthusiastic and will probably be involved on Sunday. You can't guarantee, but he's trained the last two days."

More in this category: « Solskjaer formation fail, Guardiola's strange changes Sources: Lampard not scared off Chelsea job »
back to top