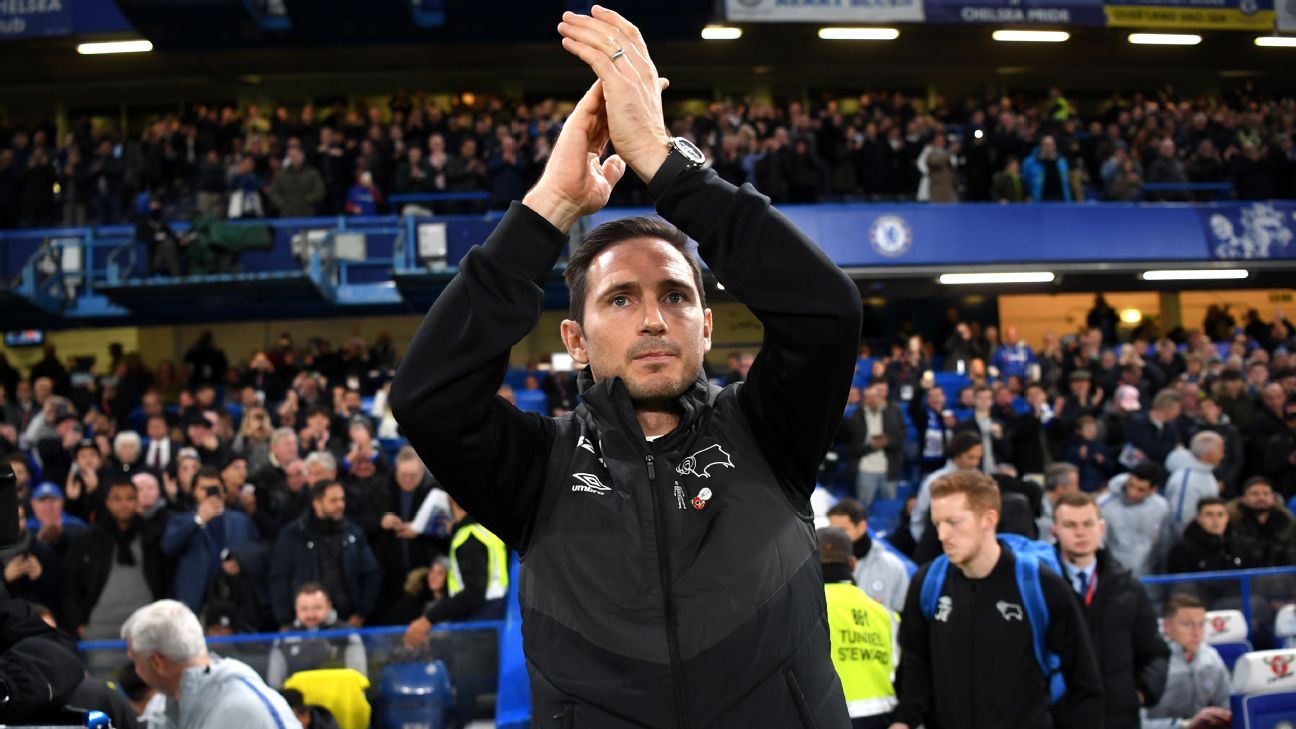 Frank Lampard would not be scared off taking the Chelsea job even if the club's transfer ban is upheld, sources have told ESPN FC.

Chelsea legend Lampard, managing Championship side Derby, has been linked with a possible return to Stamford Bridge if Maurizio Sarri leaves at the end of the season.

In February, FIFA banned Chelsea from signing players for the next two transfer windows after finding them guilty of breaching rules related to the signing of players under the age of 18.

The club are appealing against the decision, which would mean they cannot bring in players until summer 2020 but would not affect their ability to release players or bring back loan players.

But sources told ESPN FC that Lampard, whose Derby side are in contention for the Championship playoffs with two games remaining, would not be scared off even if the ban is upheld.

The club had hoped they would have the opportunity to buy players in the summer while they appealed against the punishment.

However, they can still ask the Court of Arbitration for Sport (CAS) to grant an interim ruling that would allow them to register new players until their appeal is completed.

FIFA did not say why it had denied Chelsea's request. Real Madrid, Barcelona and Atletico Madrid were all granted provisional measures ensuring that bans were not immediately enforced in similar cases.