Sharks' Pavelski ruled out for Game 1 vs. Avs 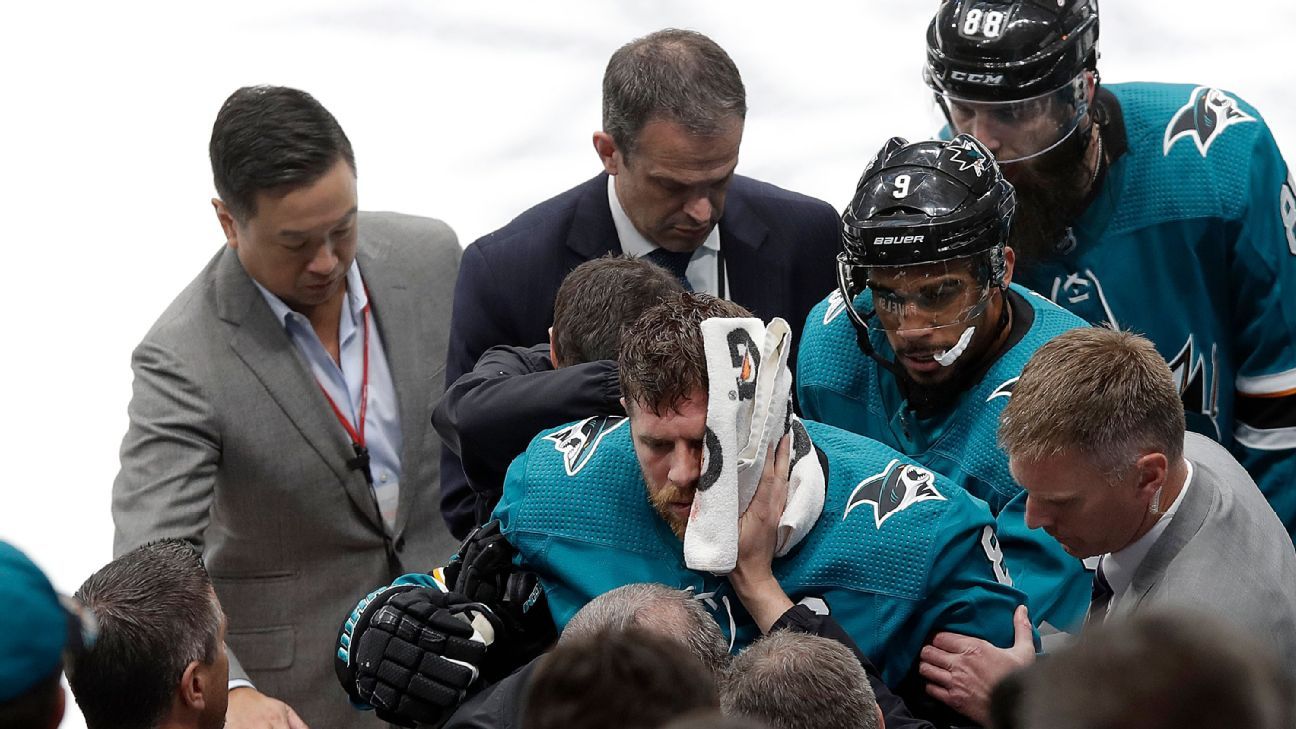 San Jose Sharks captain Joe Pavelski has officially been ruled out of Friday's series opener against the Colorado Avalanche, according to coach Peter DeBoer.

Pavelski remains day-to-day from the controversial hit that knocked him out of Game 7 against the Vegas Golden Knights.

Right winder Joonas Donskoi also will not play Friday. He had previously missed the series clincher against the Golden Knights and has been participating in practice in a noncontact jersey.

On Thursday, DeBoer preached the "next man up" mantra as the Sharks deal with their injuries.

"That's playoff hockey. We've talked about it all year: If you're going on any kind of run, you're going to have to use everybody at some point or another. And we're confident of the guys we have here. Who's out there is going to get it done," he said.

The Sharks swept the three-game season series against the Avalanche. Playing in San Jose has been particularly difficult for Colorado, which has one win in its past 19 regular-season games at the Shark Tank.

Information from the Associated Press was used in this report.