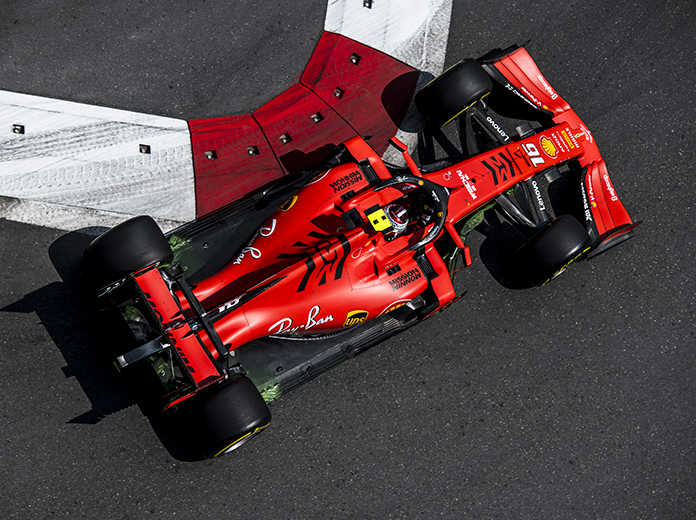 Leclerc led a Ferrari one-two during the second practice to put his name at the top of the overall practice charts with a top time of 1:42.872. His Ferrari teammate Sebastian Vettel was second fastest, .324 of a second off Leclerc’s best lap.

Championship leader Lewis Hamilton was third fastest overall, but was more than half a second off the pace set by Leclerc. Max Verstappen was fourth for Red Bull, followed by the second Mercedes of Valtteri Bottas.

The opening practice of the day was limited to just 13 minutes when George Russell ran over a loose drain cover, severely damaging his Williams entry and forcing a lengthy red flag period to address the loose drain cover.

The red flag’s continued in the second practice, with Racing Point’s Lance Stroll locking up his car going into turn two. He slid along the barriers and ripped the front-left corner off his car. His team repaired his car and got him back on track with a few minutes left in the practice.

The third and final red flag of the day waved for Toro Rosso’s Daniil Kvyat, who crashed at the exit of turn seven and destroyed the front-left suspension on his car. Despite that, his best speed of the day left him sixth fastest overall.