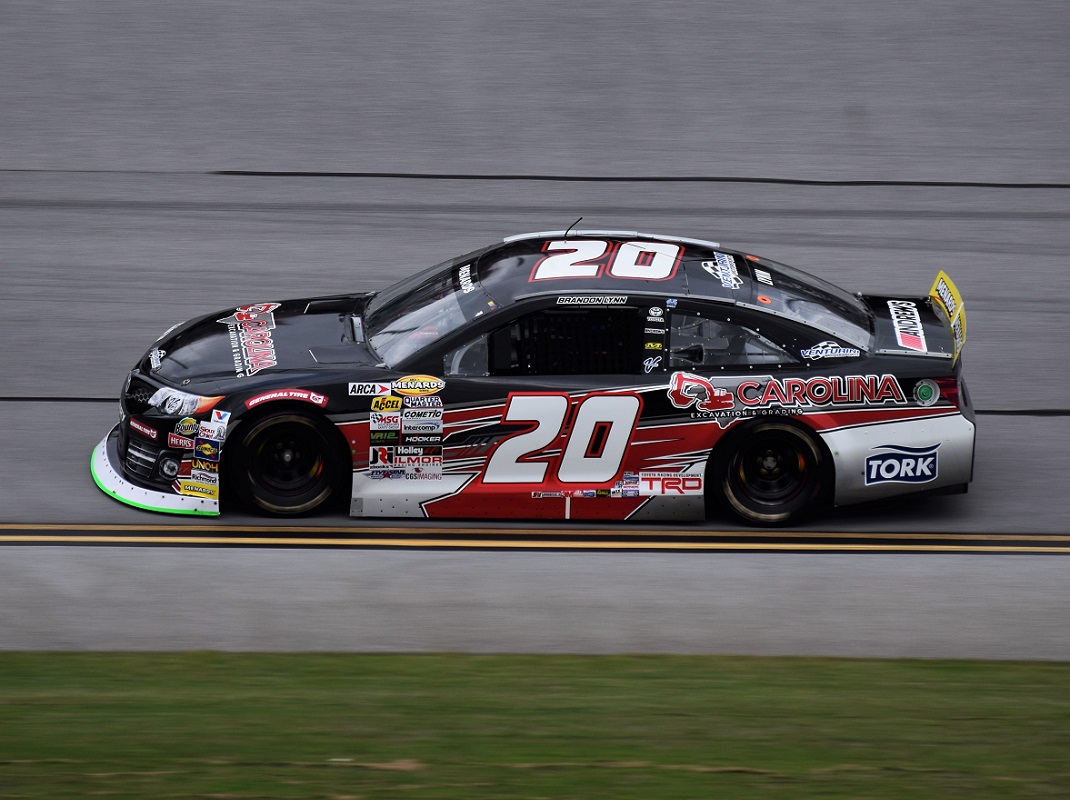 TALLADEGA, Ala. – Brandon Lynn raced to his first General Tire Pole Award and put himself in prime position during ARCA Menards Series qualifying on Friday afternoon at Talladega Superspeedway.

Driving one of three Venturini Motorsports Toyotas, Lynn posted a best lap of 53.298 seconds (179.669 mph) with his No. 20 Carolina Excavation Camry and will lead the field to green in the General Tire 200.

The pole for Lynn comes in his 11th career ARCA start and first of the season.

“The Venturini team is absolutely perfect,” Lynn said. “The car was great off the trailer. We’ve been so close here before, and Talladega is such a big deal, so that’s why we keep coming back here trying to win this thing. I think we’re pretty good, and now it’s just about putting all the pieces together in the race.”

Lynn led the Talladega ARCA race at the white flag in 2017, but ran out of fuel and finished 18th, and fought through early crash damage to come home seventh one year ago.

This time around, he’s hoping to redeem himself from those near misses and end the day with a win.

“The last couple years have been tough on us here. We’ve been right there for the finish and the victory, but something’s always happened,” Lynn noted. “I feel good about starting up front. We’ve started everywhere throughout the field for the past couple of years, and it’s nice to finally start on the pole.

“Now we just have to stay up front all day, be smart, time everything right and make it to the end.”

Ty Majeski will join Lynn on the front row after turning a time of 53.313 seconds (179.618 mph) with the No. 22 Ford for Chad Bryant Racing. Majeski was announced as the driver of that entry mid-week.

Per ARCA Menards Series rules for restrictor-plate tracks, the teams went out in groups of five cars for four minutes. The fastest lap each driver turned in their respective session was their lap of record.

The General Tire 200 at Talladega Superspeedway is set to start at 6 p.m. E.T.

To view complete qualifying results, advance to the next page.