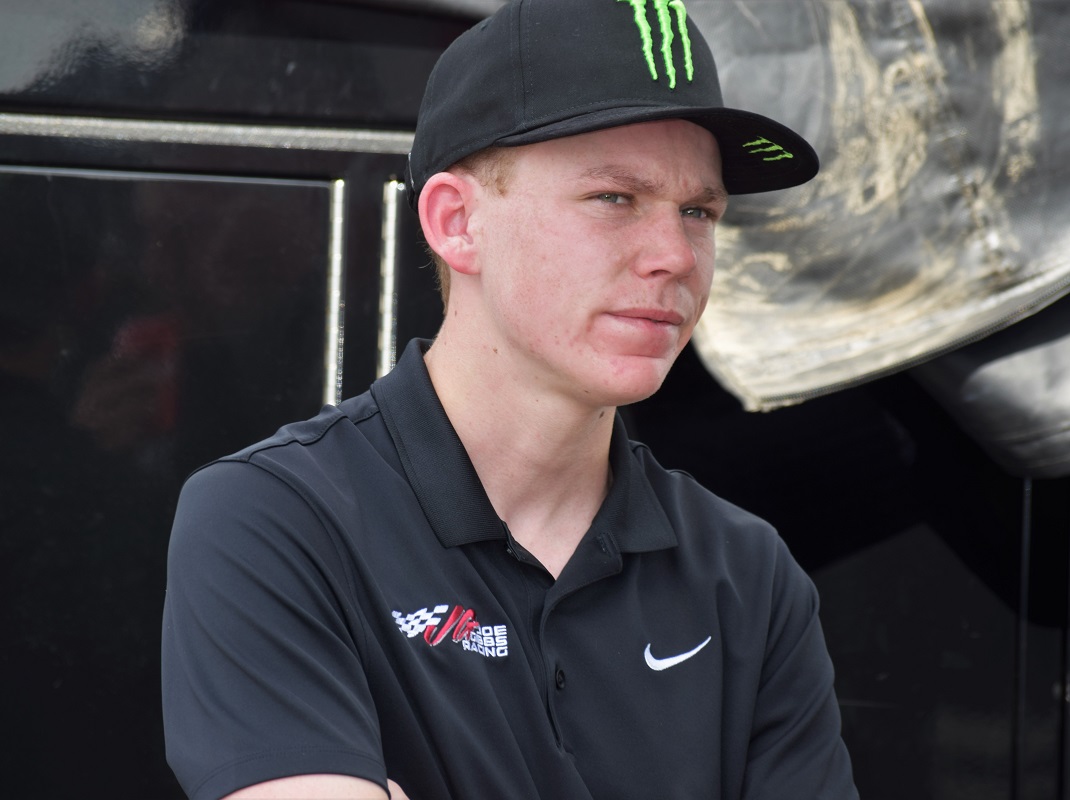 TALLADEGA, Ala. – Riley Herbst may have scored his best finish of the season during Friday’s General Tire 200 at Talladega Superspeedway, but the result still wasn’t completely satisfying for the Las Vegas native.

Herbst had to settle for second behind a dominant Todd Gilliland at the end of the 76-lap ARCA Menards Series event, falling .149 seconds short of victory in the No. 18 Monster Energy Toyota Camry.

The 20-year-old tried to mount a run with Brandon Lynn on the final lap, but the duo’s pass attempt fizzled out and fell short coming through the tri-oval as Gilliland pulled away to victory.

“I think we were pretty fast all day today, but Todd was just a little bit faster when it counted,” Herbst lamented. “We couldn’t really close the gap, even though we tried all we could. We knew we needed to work together, but with two Venturini cars up there as well … I had to block their runs so they couldn’t get up there and get a chance to get past us.

“I was going for broke as much as I could; it just didn’t work out for us at the end of the day.”

As much as Herbst was thinking about trying to earn a victory on Friday at Talladega, he also had the bigger interests of Joe Gibbs Racing to balance in his approach as well.

The No. 18 team is competing for an ARCA owner’s championship this season, with Herbst and Ty Gibbs – the grandson of team owner Joe Gibbs – splitting time behind the wheel of the entry this season.

That meant that as much as Herbst wanted a trophy from Talladega, he had to be careful not to sacrifice any valuable points for the team – a mindset he alluded to after the race.

“In the back of my mind, I was thinking about the fact that we’re running for the owner’s title this year, and Ty (Gibbs) has had some really solid runs lately,” Herbst noted. “My job was to back (up) Ty’s good runs and support the team … so that we can get to Kansas with a shot at the owner’s championship.”

In fact, Herbst was reminded by his team over the radio to not “give anything up” over the closing laps.

It was a directive that he certainly followed to the letter, even though it didn’t allow him to come away with the checkered flag.

“I wouldn’t say I was forced (to settle), but I definitely had to stick to the yellow line,” said Herbst. “I saw the guys behind me starting to brew up some things, but (Rick) Carelli just told me to stay patient and stay in line as long as I could.

“We did that and came home second, along with some good points for this team.”

After a crash on the first lap of the NASCAR K&N Pro Series East race at Bristol (Tenn.) Motor Speedway three weeks ago, Herbst recognized that Friday’s runner-up was a much-needed rebound effort.

“I’ve definitely had a rough few weeks, for sure,” Herbst noted. “We wanted a win, but this is a step in the right direction. Hopefully we can keep our heads up and carry a little confidence into our next race.”

However, just because he held his head a little higher leaving, it didn’t mean Herbst was totally content.

More in this category: « East Carolina Backs Weatherman & Ware At Bristol Salinas & Beckman Fast Early At zMAX »
back to top