Kaeding Does It Again At Watsonville 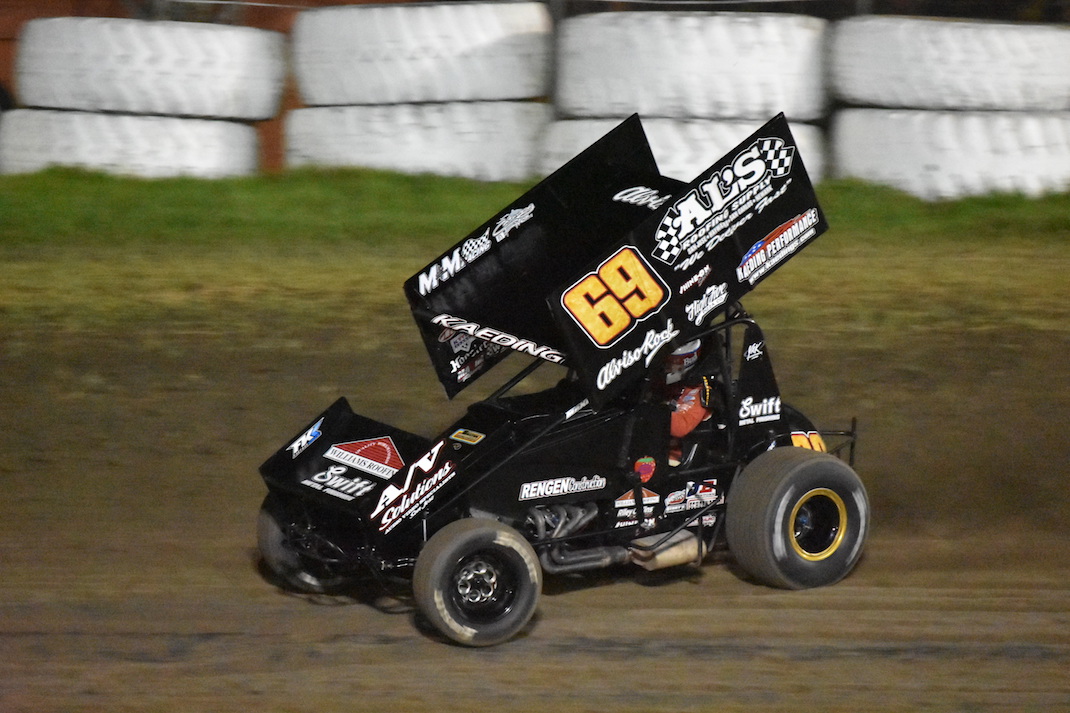 WATSONVILLE, Calif. — For the second week in a row it was Bud Kaeding doing victory celebration donuts on the front stretch at Ocean Speedway.

Kaeding was once again aboard the Al’s Roofing Supply black No. 69. After starting from the pole position, the San Jose, Calif., veteran driver survived threats from both Justin Sanders and Brad Furr.

Sanders brought the familiar yellow No. 17 home in the runner up spot while Furr’s red No. 2 took a third-place finsh.