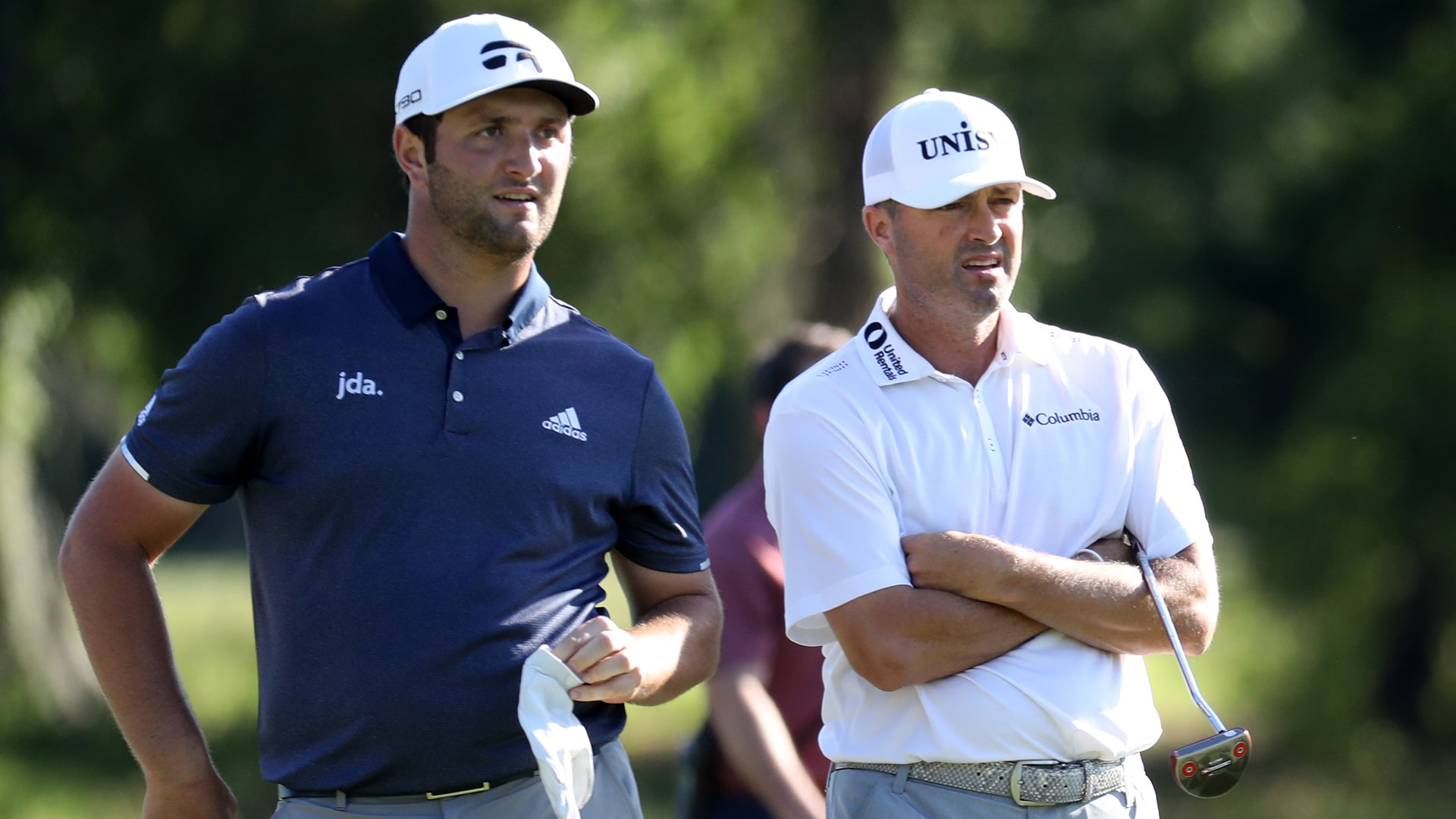 AVONDALE, La. – Jon Rahm and Ryan Palmer shared the lead with Scott Stallings and Trey Mullinax as the Zurich Classic finally got back on schedule.

Rahm and Palmer played 30 holes Saturday in the event delayed by rain for more than seven hours Thursday, finishing off a 7-under 65 in the alternate-shot second round and shooting 64 in best-ball play in the third.

Rahm carried the team in the third round, with the Spaniard making eight birdies.

''He's just fun to be around,'' Palmer said. ''He's actually a great guy. I've enjoyed every second with him. When you're up close and personal and watching it and see the shots he can hit around the green, you know, his short game is phenomenal. You can learn something from that, too, so I learned a lot. Honor to be a part of it.''

Palmer saved bogey with an 8-footer on the par-3 17th after both players hit into the water, and Rahm made a 15-foot birdie putt on the par-5 18th to match Stallings and Mullinax at 23-under 193.

''That putt Ryan made was probably the most important shot we made so far in the tournament,'' Rahm said. ''Felt like a birdie, and then to keep tied for the lead, very important.''

''We play a lot of practice rounds together,'' Stallings said. ''We've known each other for a few years. Just kind of we played so much together it just kind of made sense. We know each other's games pretty well.''

Mullinax looked ahead to the final round.

''I really enjoy alternate shot,'' Mullinax said. ''Scott hits the ball great. Hitting it nice. We're both putting well. I don't feel like there is much pressure on us. Just go out and do our thing.''

Brandan Grace and Justin Harding were a stroke back. The South Africans played 32 holes, shooting 68-61.

''I think we played 50 odd holes,'' Harding joked. ''We certainly moved up the board. It's just a matter of continuing the momentum throughout the rounds.''

Peter Malnati and Billy Hurley III were 20 under. They shot 66 after finishing the second round Friday.

Sergio Garcia and Tommy Fleetwood were another stroke back with the teams of Joel Dahmen-Brandon Harkins, Austin Cook-Andrew Landry, Hank Lebioda-Curtis Luck, Russell Henley-Ryan Blaum and Russell Knox-Brian Stuard. Brothers Brooks and Chase Koepka topped the group at 18 under along with Henrik Stenson and Graeme McDowell.