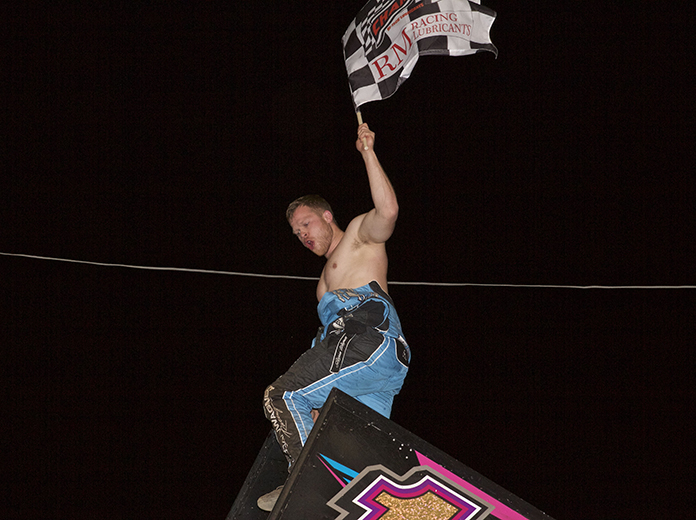 The younger Wagner took the lead on lap five and proceeded to lead the remainder of the 25-lap 410 sprint car feature aboard the Zemco Racing No. 1. He beat Lucas Wolfe to the checkered flag by .759 of a second.

Starting from the eighth position, Smith avoided two early incidents and made his way up to second after one lap was completed. Smith spent most of the feature chasing Wolfe, eventually overtaking him for the lead with six laps left.

Smith pulled away to a 1.402-second victory over Wolfe, who ended the evening with two runner-up results. Steve Buckwalter, Austin Bishop and Josh Weller completed the top-five in the URC feature.

Nick Sweigart was the winner in the 305 sprint car class.

More in this category: « East Carolina Backs Weatherman & Ware At Bristol Hagar Is Jackson ASCS Star »
back to top