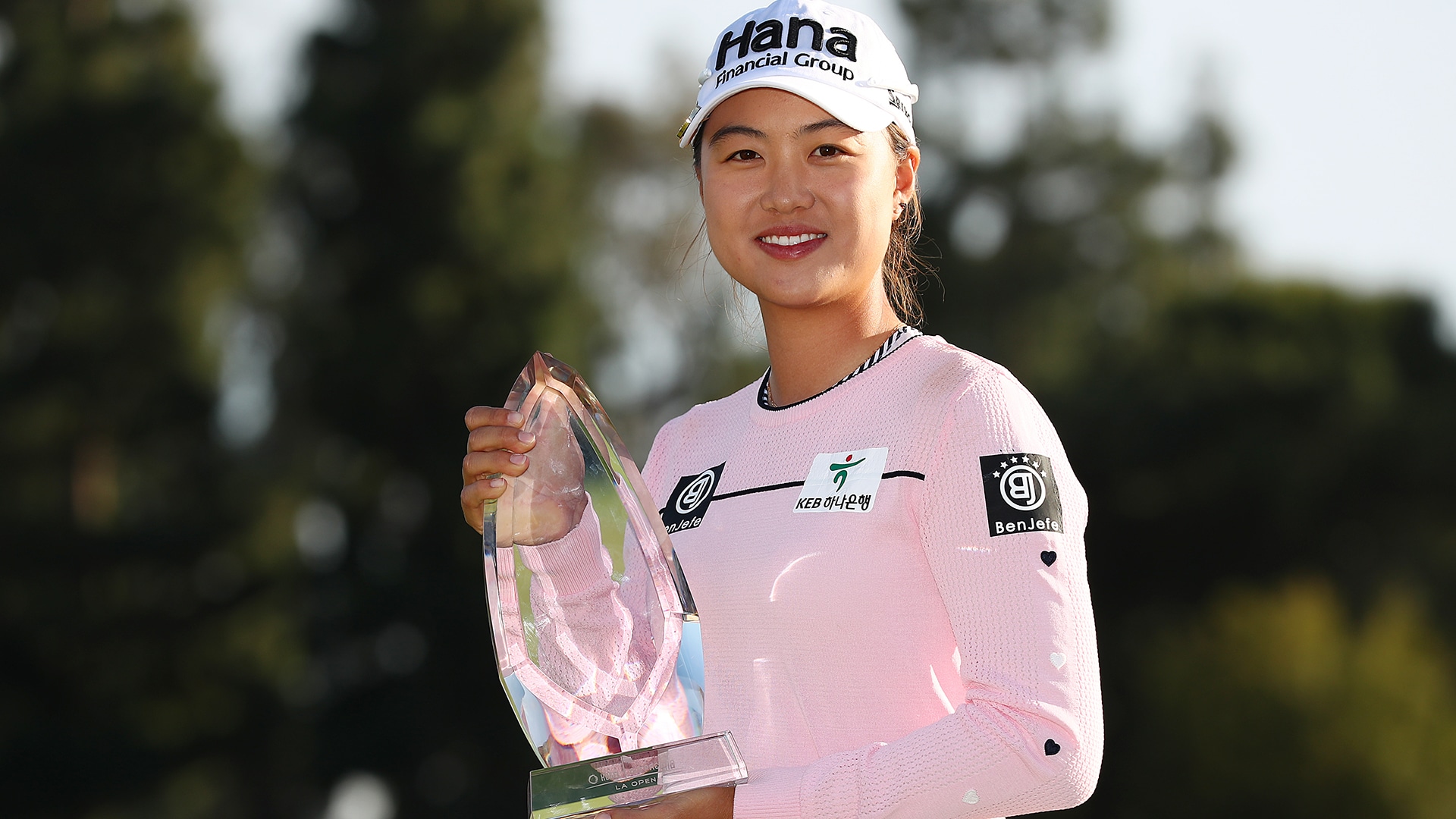 She flies under the radar more than any top player in the women’s game, with a skill set that isn’t as celebrated as it ought to be.

Maybe that’s about to change.

With her victory Sunday at the Hugel-Air Premia LA Open, Lee is expected to climb to Rolex World No. 2 in Monday’s release of the new rankings. That’s right. She has put herself on the cusp of ascending to world No. 1 about as quietly as you can do so.

How much will she be driven to go all the way to the top?

“Being that close, it's in the back of my mind, but I'm not going to dwell too much on it,” Lee said. “Just, obviously, going to try my best every week, and, hopefully that will happen one day.”

While there’s respect for Lee’s talent, she hasn’t been in the conversation over who is really the best player in the women’s game. With so much focus on Jin Young Ko’s ascendance this year, with Nelly Korda off to such a terrific start, and with Sung Hyun Park, Ariya Jutanugarn, Brooke Henderson and Lexi Thompson getting so much attention for their big games and with Inbee Park still a factor, Lee has toiled in the shadows.

Not in the City of Angels, not in the shadow of tinsel town, not with a primetime Golf Channel finish.

And now Lee will take winning momentum to San Francisco and this week’s LPGA Mediheal Championship, where she nearly won last year, falling to Lydia Ko in a playoff.

“Coming into the first part of the year, I’ve been hitting it pretty solid,” Lee said. “I felt like it was close. I feel pretty good with this one.”

Lee won on one of the tour’s newest venues but most venerable courses. She showed her versatility winning at Wilshire Country Club, once host to the PGA Tour’s L.A. Open.

Lee isn’t flashy, outspoken or controversial. She doesn’t seek a lot of attention. For climbing so high in the world rankings, she also hasn’t won a lot, with Sunday’s title her fifth LPGA victory. Still, she has shown an ability to consistently contend. She has five second-place finishes in the last year, going back to that playoff loss at the Mediheal. This was just her second title in the last two-and-a-half years. Still, she’s only 22 and still trying to build a major championship resume. She has just three top-10 finishes in her 25 major championship starts, but she’s learning to put all the pieces of her game together.

They came together at Wilshire.

With Sunday’s 3-under-par 68, Lee was the only player to shoot four rounds in the 60s. At 14 under overall, she was four shots better than runner-up Sei Young Kim (66).

Kim was five shots back of Minjee with six holes to go and made a charge, making back-to-back birdies at the 13th and 14th to gets within two shots after Lee bogeyed 11th, but she couldn’t get closer.

Lee was solid the rest of the way.