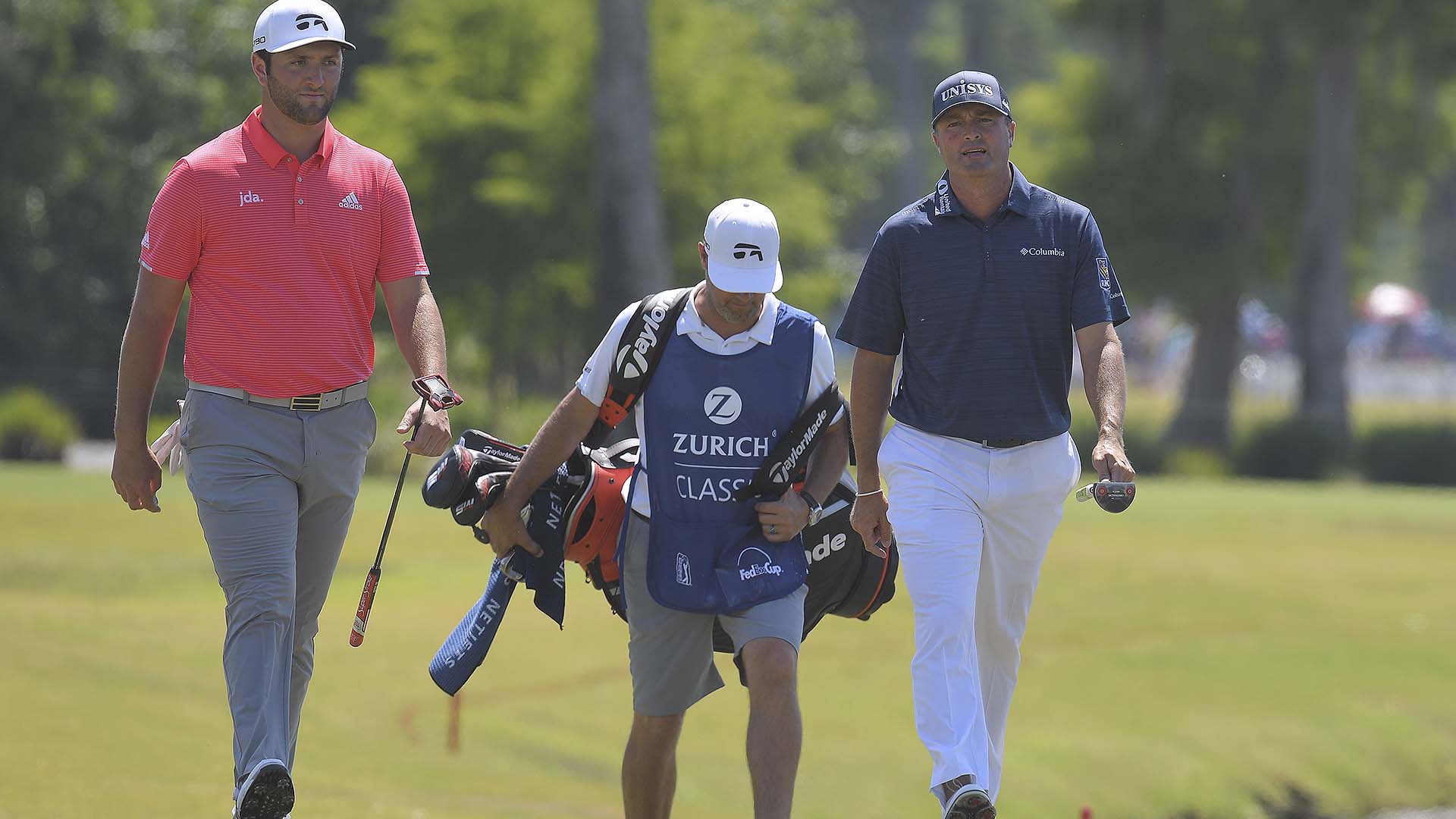 AVONDALE, La. – For the first 54 holes at the Zurich Classic, Jon Rahm and Ryan Palmer drove it spectacularly and took advantage of soft conditions at TPC Louisiana.

That was far from the case Sunday.

Rahm and Palmer combined to hit just five fairways, and the greens – three days removed from getting soaked by heavy storms – became firm, fast and fiery.

“I couldn't find the planet [off the tee] to save my life for the most part of the day,” said Rahm, who found only two fairways – both with irons – in the final round’s foursomes format.

And the greens? Probably faster than what players saw two weeks ago at Augusta National, Palmer reckoned.

“The greens were crusty,” he explained. “… Your putter blade slips around on it when you put the putter behind the ball, so you're really cautious with that. And when you get greens that are that crusty, it's hard for the friction to kind of grab the ball and take breaks, and then the speed is so different from what you're used to.”

Despite the adversity, Rahm and Palmer were still able to deliver a three-shot victory over Tommy Fleetwood and Sergio Garcia. After 54-hole co-leaders Trey Mullinax and Scott Stallings bogeyed the first hole, Rahm and Palmer led outright the rest of the way, making four birdies and just one bogey.

But Rahm was quick to give credit to his partner.

“What got us going for the most part was a lot of those par putts that Ryan made,” Rahm said.

A day after he holed a crucial bogey putt that helped get the duo into Sunday’s final pairing, Palmer made four par saves from 5 feet and out. He also sank an 11-footer for birdie at the par-3 14th hole.

Not bad for a guy who was one of the worst putters on Tour just two years ago.

“I'm not going to use that word, what we were going through in putting,” Palmer said, “but it was getting close to it.”

Palmer had used his college putter for most of his pro career, but decided it was time for a change during the 2016-17 season, which he finished ranked 190th in strokes gained: putting.

“I didn’t even know there were 190 players out here,” Palmer quipped.

Palmer remembers going to a golf store and buying six putters. He also recalls showing up at a friend’s club with 10. It wasn’t until he changed his grips that things started to turn around.

First, at the 2017 John Deere Classic, Palmer’s caddie James Edmondson talked his boss into switching to the claw grip. Then, at the end of that season, Palmer’s coach Randy Smith outfitted Palmer’s putter with a Flat Cat grip.

“He said, ‘Let’s just try it. I think it could be the key,’” Palmer said. “… I've been with it ever since, same putter, Flat Cat grip, and it's turned my game around.”

It’s also helped Palmer, a top-30 putter this season, get back in the winner’s circle.