Rahm and Palmer, an unlikely pair but quite the team 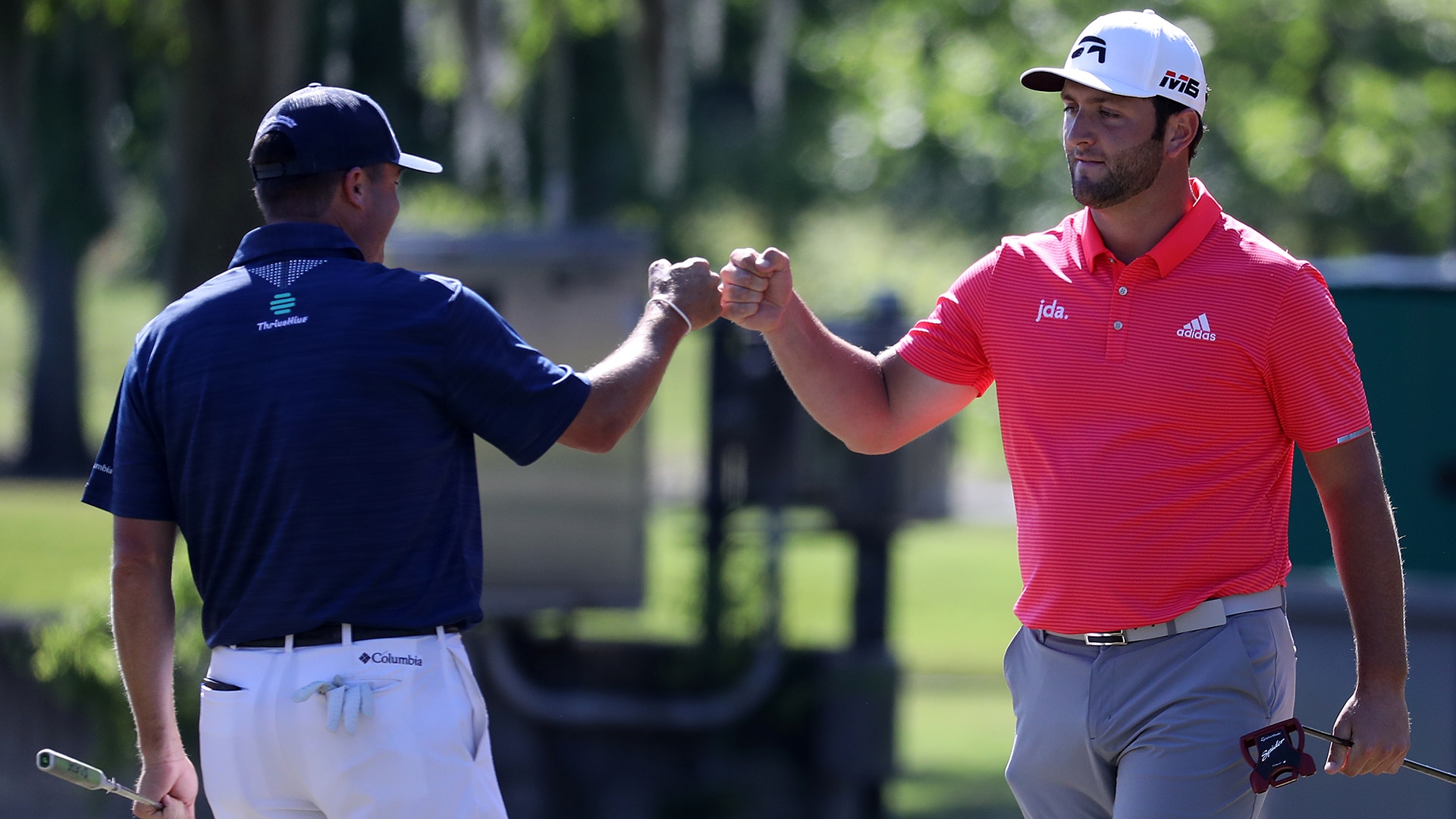 AVONDALE, La. – At the beginning of the week, Jon Rahm and Ryan Palmer seemed like the most unlikely of pairs – a fiery 24-year-old from Spain, who is ranked 11th in the world with six wins in the past two years, and a cool 42-year-old from Texas, who hadn’t won since 2010.

By Sunday afternoon, they proved to be quite the team, winning the Zurich Classic by three shots over Tommy Fleetwood and Sergio Garcia.

“Obviously very different stories, but to get it done together … it was amazing,” said Rahm after the two capped an impressive 26-under performance with a 3-under 69 in foursomes.

A year ago, Rahm and Palmer found themselves in the same final-round group at TPC Louisiana – only with different partners, Rahm with Wesley Bryan and Palmer with Jordan Spieth. The two joked then that they’d make a pretty stout team.

“Our games complement each other so much, the way we drive the ball, our iron play,” Palmer said, “and there's nothing better than missing greens knowing his short game is behind me.”

Then Bryan tore his left labrum in his shoulder, and Spieth decided not to return to Zurich this year. Both players needed partners, so Palmer, with his fingers crossed, reached out to Rahm during the Desert Classic in January.

“I shot him a text hoping he would bite,” Palmer said. “When a 42-year-old player is calling him, he's probably like, ‘Why does he want to play with me?’”

Rahm and Palmer have actually been friends for a few years. They first met at the 2015 Waste Management Phoenix Open, where Rahm, then a junior at Arizona State, competed as an amateur. They were in the second-to-last group in the final round, along with Zach Johnson. Palmer shot 66 to tie for second and Rahm carded a 68 to share fifth.

The pair’s relationship has strengthened since then. When Rahm turned pro a year later, Palmer was the first pro to invite Rahm to play in his charity event. They’ve been paired a few times in the past few seasons, too. Now, they’ve shared a victory together.

“You never know when that next win is going to come,” Palmer said, “and man, to come in at 42, and obviously in a partnership with Jon, and to have my wife and my son fly in this morning from Dallas, some friends are here from Amarillo, as well, this will live with me the rest of my life.”

And neither player plans to end a good thing.

Said Rahm: “Jordan and Wesley, sorry, we already have a partner for next year.”