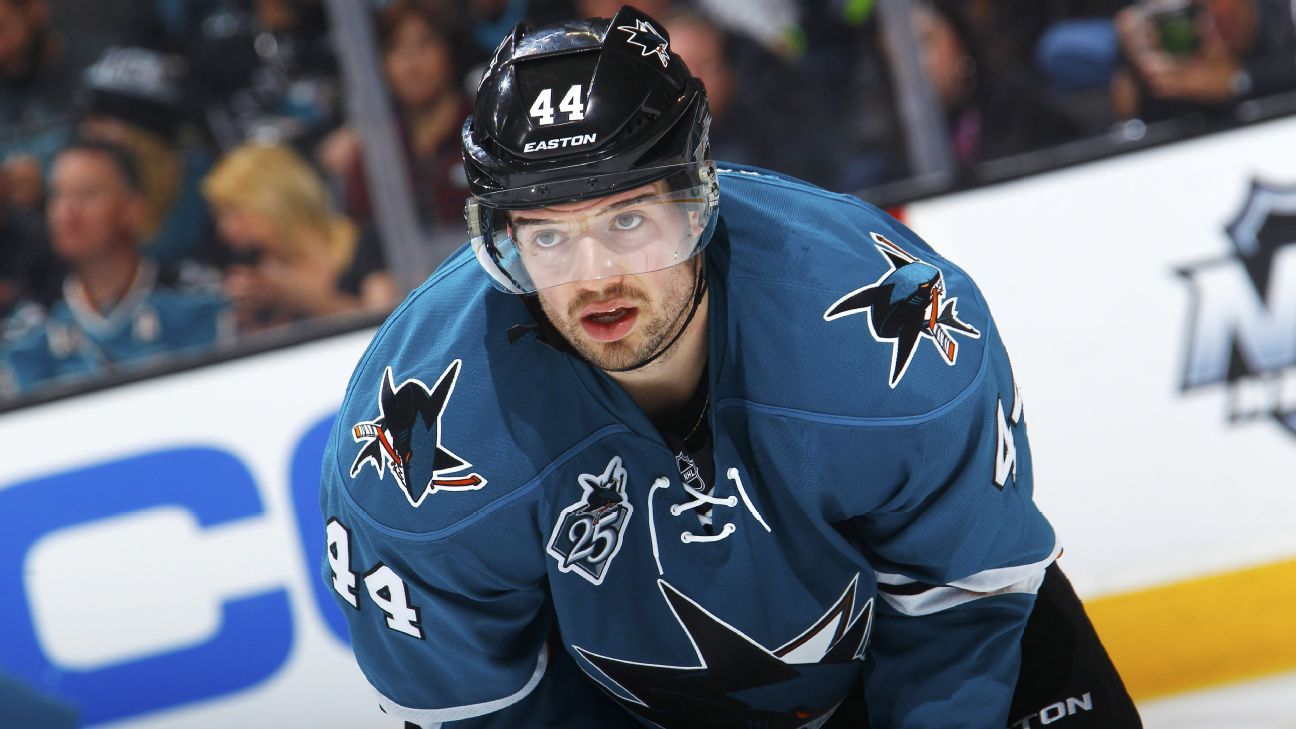 SAN JOSE, Calif. -- Hopefully the cleanup crew at SAP Center has some extra mop buckets. It's going to take a few to soak up the sarcasm that dripped from San Jose Sharks defenseman Marc-Edouard Vlasic in discussing an icing call that wasn't whistled by the officials and led to a critical Colorado Avalanche goal in their 4-3 win in Game 2 on Sunday.

So it wasn't the right call?

"I'm taking the high road. Waiting for the apology tomorrow," Vlasic reiterated in what was presumably a reference to the NHL's apology to the Vegas Golden Knights, the Sharks' first-round opponent, after the on-ice officials mistakenly handed the Sharks a major penalty power-play that turned the tide in Game 7.

On this play in Game 2, with the Sharks and Avalanche tied 1-1 in the second period, Vlasic and Mikko Rantanen raced for the puck on what would have been an icing violation against Colorado.

The on-ice officials didn't whistle the play down, as they believed Rantanen had broken up the icing. But the Sharks hesitated, looking like they assumed one was coming. That led to a point-blank shot from Gabriel Landeskog that was stopped by goalie Martin Jones, but he couldn't stop the follow-up blast from defenseman Tyson Barrie, giving the Avalanche a lead they did not surrender.

"It was the exact same as the icing here the other night, when [Erik] Karlsson had the inside track on [J.T.] Compher," Bednar said. "They're in a race. They blow it down for icing because Karlsson had the inside path. To me, on this one, I'm watching Mikko [Rantanen] go up the ice, he's got a head of steam, he's getting to the right area, he's got the inside path on Vlasic on the post. It looks to me like Mikko's going to get their first, so they let it go. To me, it's similar plays: The guy on the inside got the call. One was against us. One was in our favor."

Sharks coach Peter DeBoer split the difference, saying it was obvious that his players thought there should have been a whistle, but it was also obvious that they needed to play until they heard one.

"Whether or not I thought it was doesn't matter," he said. "Our players did. They let up. They relaxed for a minute, and it obviously wasn't. So the lesson in that was don't assume anything in the playoffs. Play and make sure."

The Avalanche tied the series 1-1, and Game 3 is Tuesday in Denver. The Avs lost Game 1 against Calgary in the first round and then roared back with four straight wins. The Sharks will go on the road tied 1-1 for the sixth time in franchise history. They won each of the previous five such series.