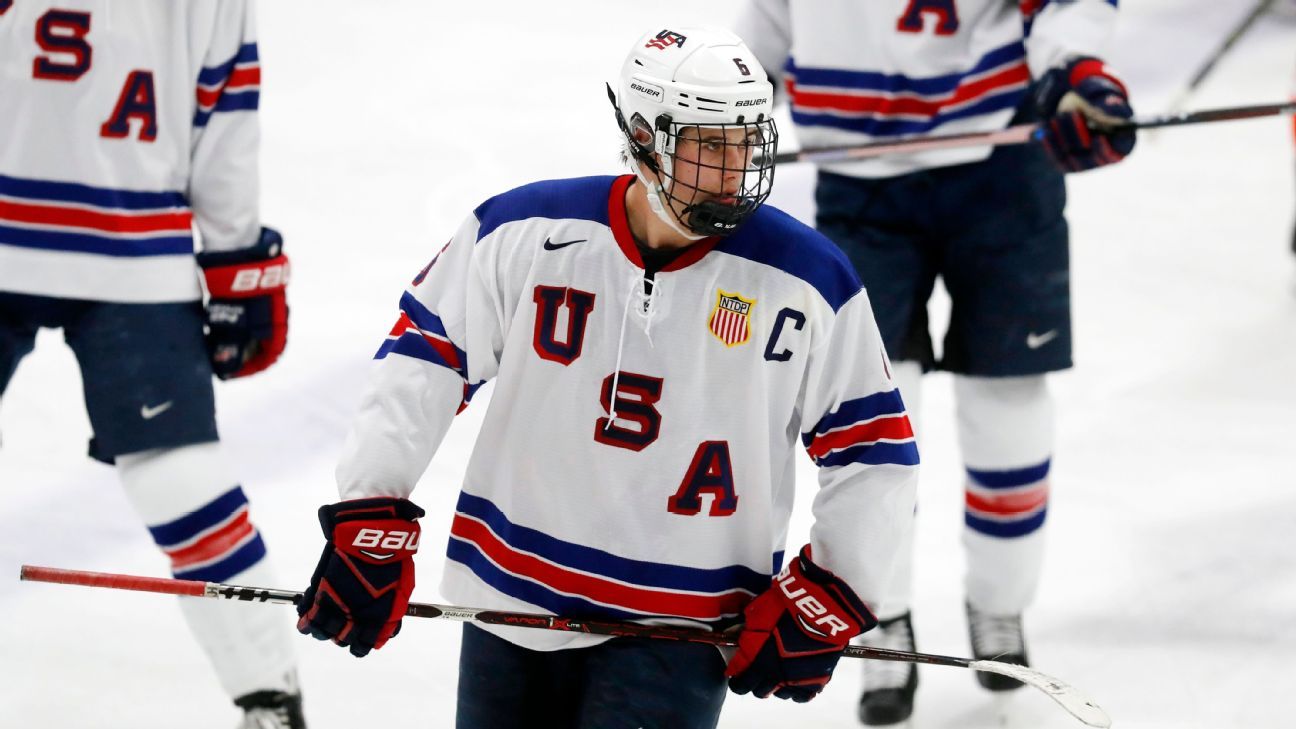 ORNSKOLDSVIK, Sweden -- Jack Hughes, the likely No. 1 pick in the 2019 NHL draft, broke the IIHF Men's World U18 Championship scoring record Sunday -- a mark that had been held by Alex Ovechkin.

Hughes collected three points in Team USA's 5-2 win in the bronze-medal game against rival Canada to finish his U18 worlds career with 32 points, one more than what Ovechkin put up over the 2002 and 2003 tournaments.

Hughes's 20 points is the second highest single-tournament point total in the event's history. He fell just one point shy of equaling the record set by current Tampa Bay Lightning star Nikita Kucherov in 2011. Hughes set the mark for most points in a single tournament by a U.S. player.

"It's special," Hughes said of surpassing Ovechkin. "It's a cool tournament and I've been lucky enough to play in it twice. It's been two pretty good runs. It's really cool to be on top of that ranking, but for me this tournament is about gold. For us to come out with bronze, it's a good ending. We capped off our two years with a win."

As Hughes noted, the game represented the last of a two-year tenure at USA Hockey's national team development program for him and his teammates. Hughes leaves as the NTDP's all-time leading scorer by a significant margin. His 228 points in 110 career games dwarf those of Clayton Keller who held the record previously at 189.

Additionally, teammate Cole Caufield finished the tournament with 14 goals, which tied Ovechkin for the single-tournament record. The talented winger, who plays on the same line with Hughes, finished his NTDP season with 72 goals and his career with 126, both program records by a substantial margin. He shattered the single-season mark of 55, previously held by Auston Matthews. The career record was previously held by Phil Kessel, who scored 104 goals over his two years with the Michigan-based outfit.

The bronze medal win for Team USA also extended the country's unprecedented medal streak at the Men's U18 World Championship. This is the 16th consecutive year the Americans have come out with a medal, dating back to 2004. Over that span they have claimed nine gold medals, four silvers and three bronze.

Russia, which bounced the United States in a shootout Saturday, will meet host Sweden for gold Sunday.

The New Jersey Devils own the first overall pick in the 2019 NHL draft.