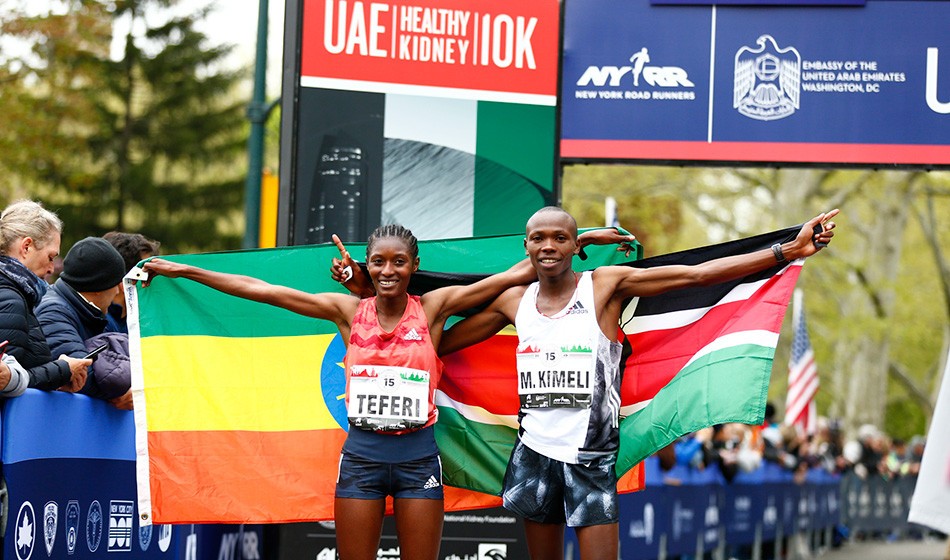 Our reports on the Virgin Money London Marathon can be found here, while other recent highlights are below.

The event incorporated the Scottish marathon championships for the second successive year and also included a half-marathon.

Tadu Abatu and Dibabe Kuma claimed an Ethiopian double. Last year’s runner-up Abatu clocked 2:08:25, winning a sprint finish from his compatriot Ayele Abshero who was just one second behind.

Kuma clocked the sixth fastest time ever run in Hamburg of 2:24:41, despite wet and cold weather. Kenya’s Magdalyne Masai was second with 2:26:02 while Failuna Matanga of Tanzania finished third in 2:27:55.

Ruth Chepngetich won the women’s race in 66:06 for the fastest half-marathon ever recorded in Japan.

Her fellow Kenyans Joan Melly Chelimo (68:01) and Evaline Chirchir (68:07) were second and third.

USA’s Annie Kunz won the heptathlon with 5971 points from 18-year-old Kate O’Connor who set an Irish record of 5881 points in second.

In her first individual race of the season, Olympic champion Shaunae Miller-Uibo ran her second-fastest ever 400m, clocking 49.05.

Olympic champion Ryan Crouser won the shot put with a throw of 21.11m.

Greg Thompson threw the discus 65.56m to move to fourth on the British all-time list and surpass the World Championships qualifying mark.