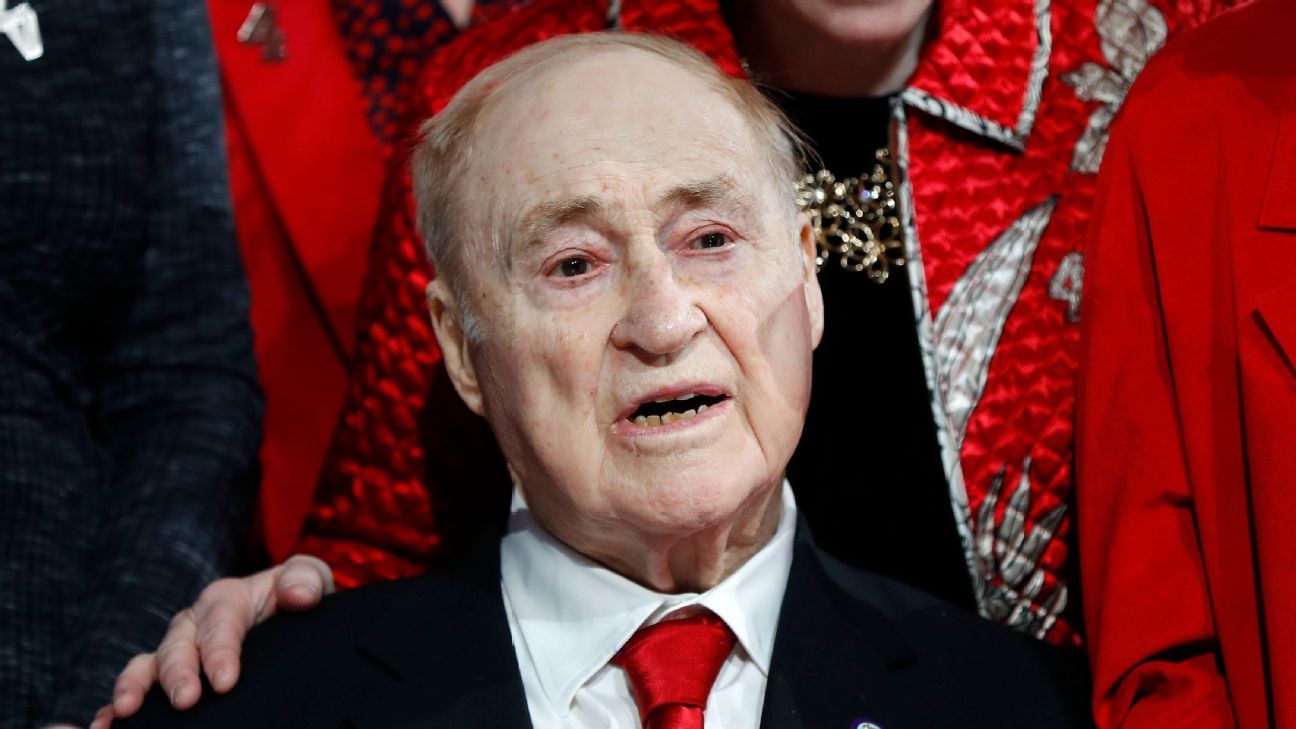 Hall of Famer Red Kelly has died at age 91.

Kelly played 20 seasons in the NHL between the Detroit Red Wings and Toronto Maple Leafs as both a defenseman and forward.

Kelly was an eight-time Stanley Cup winner split evenly between Detroit and Toronto.

The NHL mourns the passing of Leonard 'Red' Kelly - a man whose hockey career is so storied and distinguished that it may never be duplicated.

A 12-time All-Star, Kelly won the Norris Trophy as the league's top defenseman for the 1953-54 season with Detroit.

He also was a four-time winner of the Lady Byng Memorial Trophy given for sportsmanship and gentlemanly conduct.

"Red was the ultimate hockey renaissance man who seemingly could do it all," NHL commissioner Gary Bettman said in a statement.