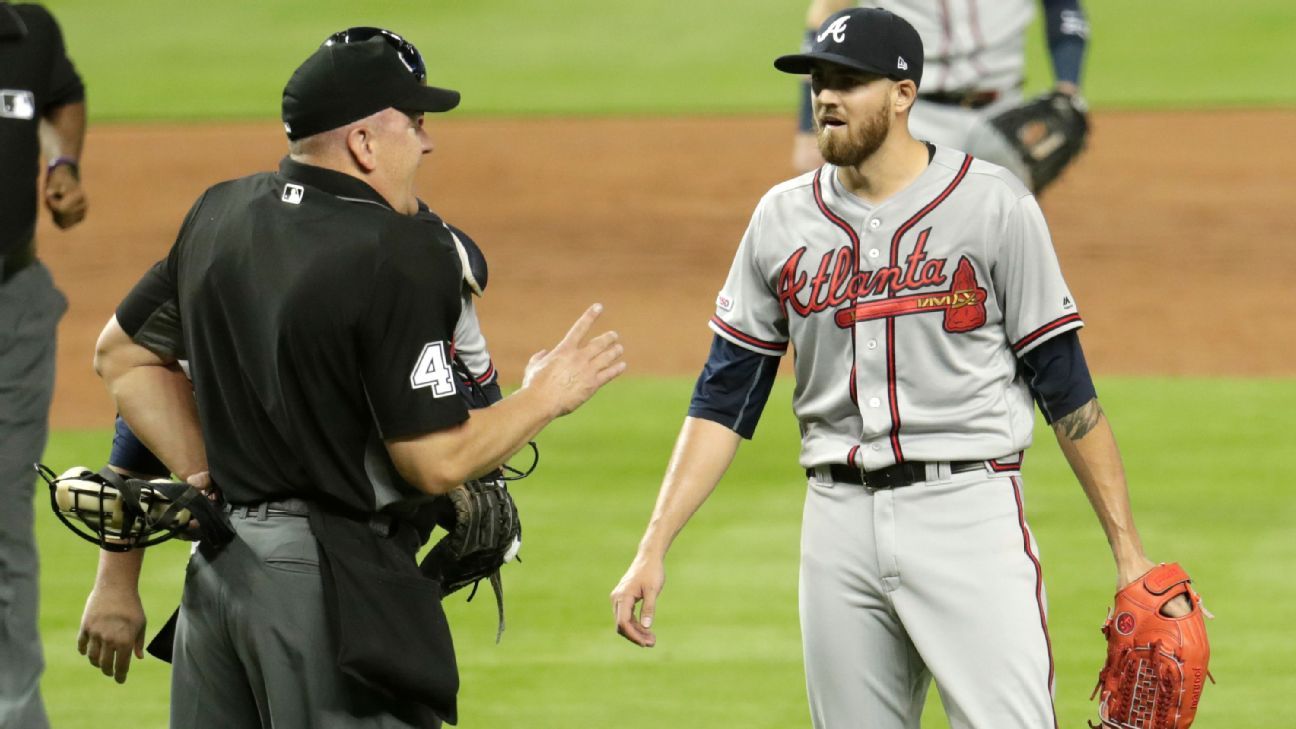 MIAMI -- Atlanta Braves right-hander Kevin Gausman was ejected in the second inning for throwing a pitch behind Marlins pitcher Jose Urena, who was involved in a melee between the teams last season.

Gausman's first pitch to Urena was a 97 mph knee-high fastball that sailed behind the batter, and plate umpire Jeff Nelson immediately signaled the ejection.

The game was Urena's first against the Braves since he was suspended for six games for intentionally hitting Atlanta's Ronald Acuna Jr. on the arm with a pitch in August, triggering a bench-clearing confrontation.