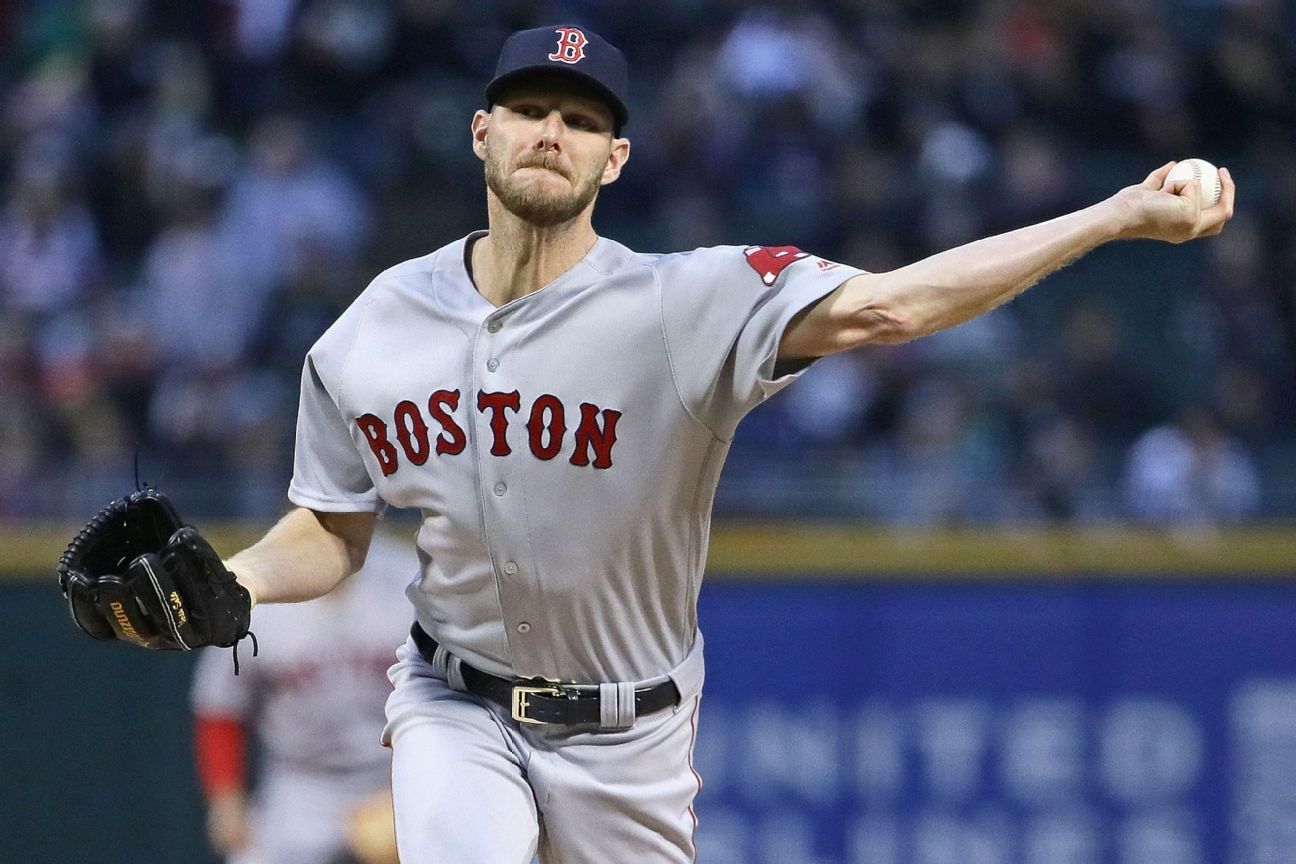 CHICAGO -- Desperate to get in the win column, Red Sox ace Chris Sale finally found a victory in the place where he has won the most.

Sale threw six scoreless innings in his sharpest outing of the season and picked up the decision in Boston's 6-1 win over the Chicago White Sox on Friday. Sale (1-5) won his first game of the season and earned his first regular-season victory since Aug. 12 of last year.

"It's nice to feel like I'm back on track and actually help this team win a ballgame," Sale said. "Just kind of got back to some old things I used to do."

For Sale, the setting was familiar. He was the first-round draft pick of the White Sox back in 2010 and played his first seven big league seasons in Chicago. He owns the White Sox's season strikeout record (274 in 2015). Friday's win was Sale's 44th career victory at Guaranteed Rate Field; that's 32 more than he has at any other venue. Sale has 12 career wins at Fenway Park in Boston.

Even more than the win, Sale's dominance was a welcome sight for the defending champs. He allowed just three hits and matched his season high with 10 strikeouts. Sale walked one batter and hit two, but even that was perhaps a sign that his former nastiness is returning.

Among a string of puzzling performances for the defending champion Red Sox in the season's opening weeks, Sale's struggles were the most head-scratching. His diminished velocity was a hot topic after his first two outings, and even after the buzz on his fastball began to bounce back, the positive results didn't. He entered Friday's game with an unsightly 6.30 ERA, a number that will drop quickly if Sale keeps pitching like he did in Chicago.

"Wasn't it last year he took off May 6 in Texas?" Red Sox manager Alex Cora asked rhetorically after the game. He was referring to a seven-inning, 12-strikeout performance against the Rangers that kicked off a stretch in which Sale went 9-3 with a 2.00 ERA over 15 starts.

Maybe the star lefty is ready to go on another such flurry. Sale's average velocity on Friday (86.6 mph) was a season high, as his fastball topped out at 96.5, according to Statcast. He threw 37 four-seam fastballs and 10 two-seamers, both season highs in an attacking performance. All in all, it was vintage Sale and another happy omen for a Boston rotation that, after a shaky start, has the American League's best starting pitcher ERA since April 12.

"Just pitching stuff," Sale said of his adjustments over the season. "More just kind of being in the zone with quality pitches, just executing in certain counts and being where I need to be."

Now that Sale has piggybacked his seven-inning outing in a no-decision against Tampa Bay on April 28 with Friday's start, perhaps the Red Sox can turn their attention to their climb to break even. Despite the victory over the White Sox, Boston (15-18) remains three games under .500. If the Red Sox are going to get back in position to defend their crown, they will need a dominant Chris Sale.

Perhaps Friday's gem was evidence that version of Sale has returned.

"Command was really good," Cora said. "He was able to use the inside part of the plate against righties. Kept them off balance, slider was good, was consistent with his delivery. It was good to see him that way."