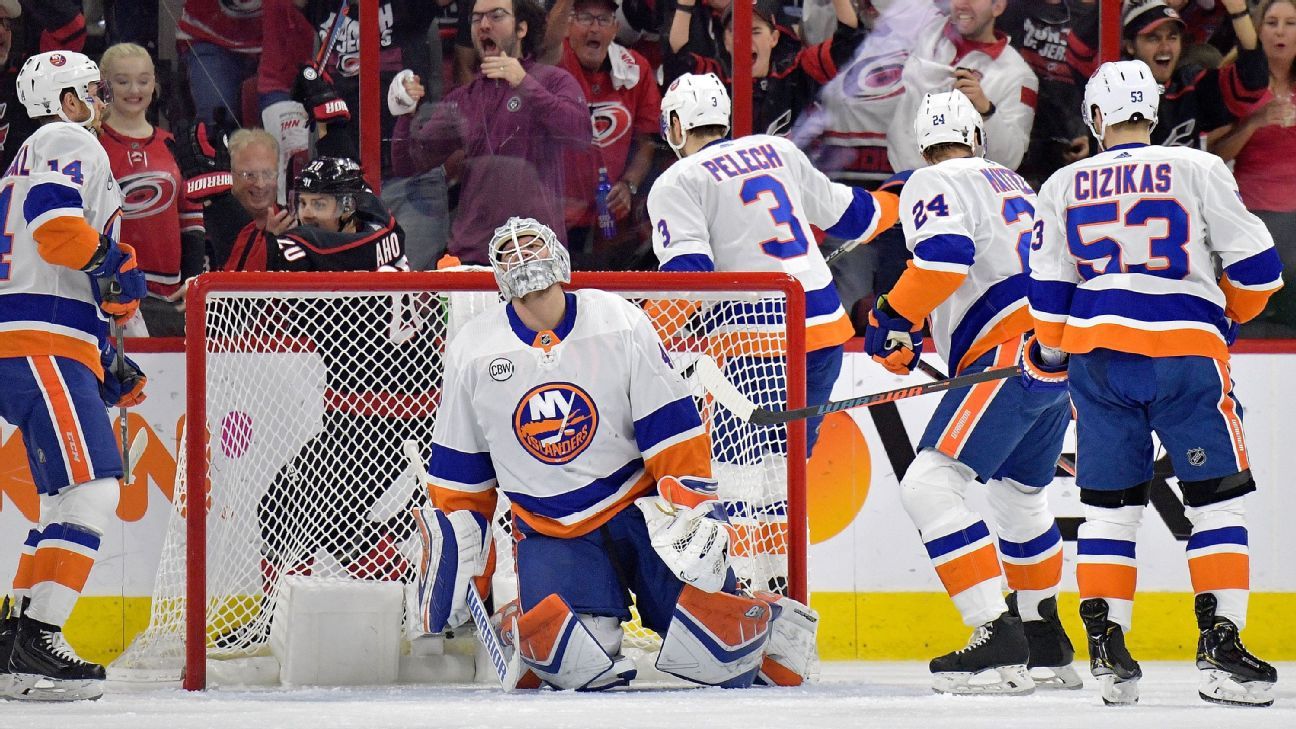 RALEIGH, N.C. -- Teuvo Teravainen scored a quick goal, and moments later, so did Greg McKegg. Just that quickly, the Carolina Hurricanes chased New York's goalie out of the game -- and the Islanders right out of the playoffs.

Carolina earned a second-round sweep of the Islanders on Friday night, beating them 5-2 after Teravainen and McKegg scored 66 seconds apart in the second period.

Coach Barry Trotz kept the identity of his starting goalie a secret until warm-ups -- when Robin Lehner led them onto the ice for the fourth straight game in the series.

Trotz pulled him in favor of backup Thomas Greiss after the bang-bang goals by Teravainen and McKegg early in the second period.

"We just got punched in the nose, and I was looking for a spark,'' Trotz said. "I knew that goals had been pretty hard to come by in the series. ... We just couldn't get close enough in the end.''

Teravainen put the Hurricanes ahead to stay after some slick passes from Aho and Warren Foegele set up his sixth goal of the postseason. And McKegg chased Lehner when the goalie couldn't keep hold of the rebound of Brett Pesce's shot and the Carolina rookie stuffed it in for his first playoff goal.

Greiss wasn't much better against the high-energy Hurricanes, with Williams scoring their third goal of the period off a give-and-go from Nino Niederreiter at 8:51 and Svechnikov riling up the rowdy Caniacs with his goal with 4:47 left.

Lehner and Greiss each finished with eight saves for the Islanders, who were swept for the first time since the Rangers did it in the first round in 1994.

Lehner is now winless in eight career games against Carolina, while Greiss was appearing in his first playoff game since 2016.