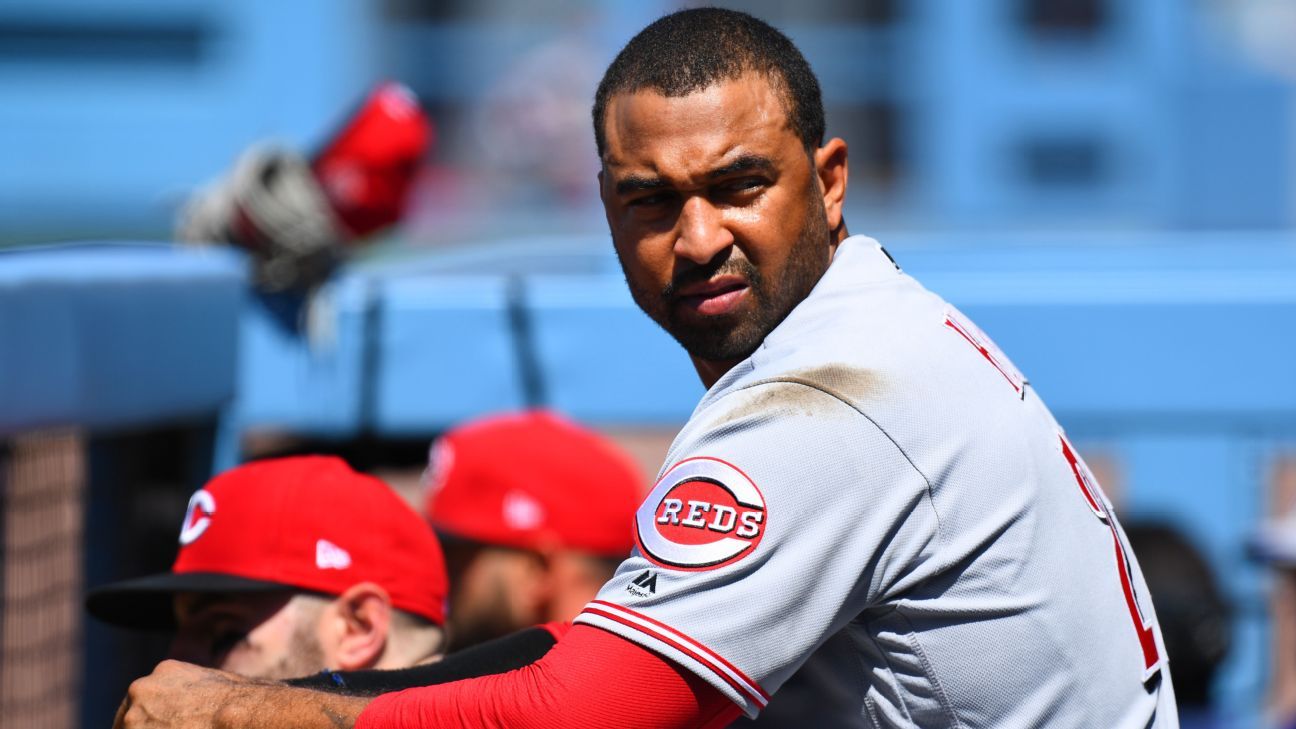 CINCINNATI -- The Reds have released injured outfielder Matt Kemp just over four months after acquiring the 2018 All-Star from the Los Angeles Dodgers.

"With our support, [Reds Manager] David [Bell] is working hard to create a new environment in the clubhouse and on the field," Reds president Dick Williams told The Cincinnati Enquirer. "After giving it time to develop, we didn't see Matt fitting in. We wanted to give him the opportunity to help another team."

Kemp hit .200 with one homer and five RBIs before Cincinnati placed him on the injured list April 23 with a broken left rib. Kemp was injured colliding with an outfield wall in San Diego.

The 34-year-old was among four players acquired from Los Angeles in a seven-player trade in December along with outfielder Yasiel Puig, infielder Kyle Farmer and left-hander Alex Wood. Kemp is in the final season of a $160 million, eight-year contract.

The Reds also optioned OF Scott Schebler to Triple-A Louisville and recalled LHP Cody Reed from Louisville. Schebler was hitting .123 with two home runs and seven RBIs in 30 games and had lost his starting job to Senzel.