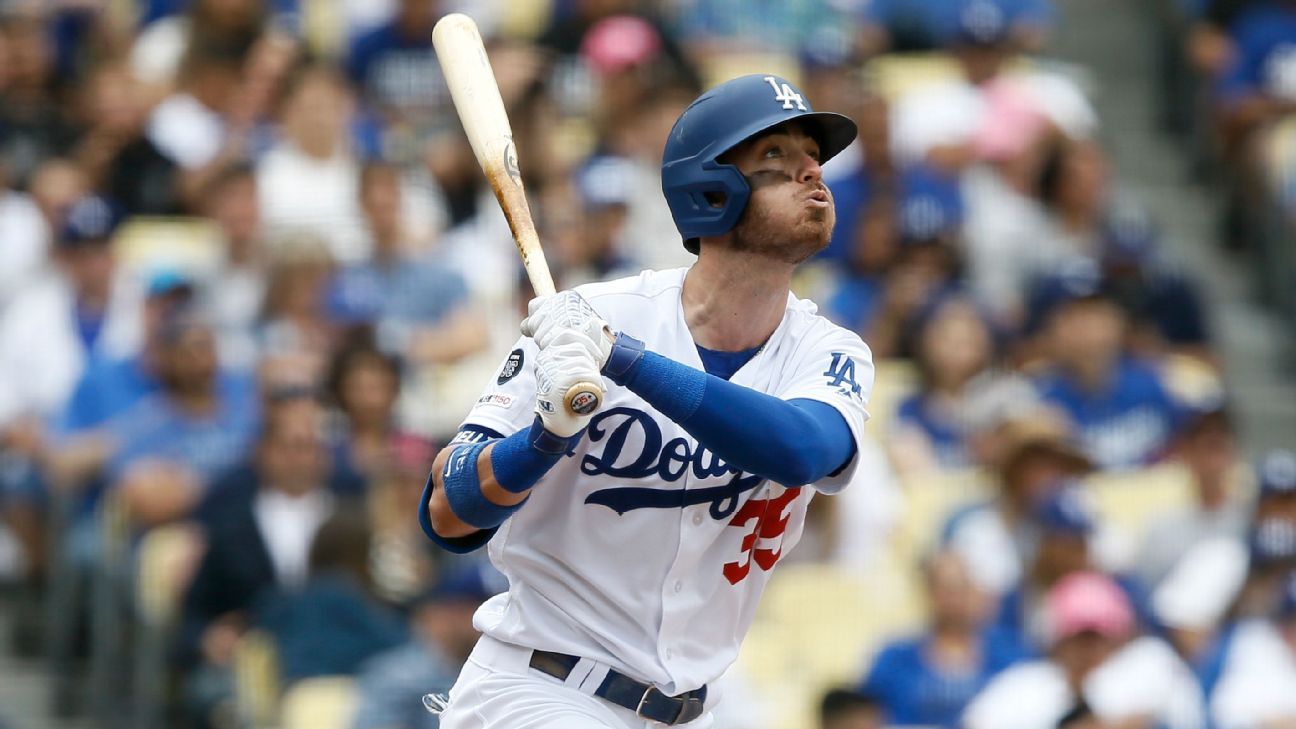 Cody Bellinger was not in the Los Angeles Dodgers' lineup on Saturday, one day after he separated his shoulder against the San Diego Padres.

Bellinger said his right shoulder "popped out" before immediately popping in again as he made a diving attempt to stop a ground ball at first base. He stayed in the game and said later that the same thing happened once last year.

Manager Dave Roberts said Friday that the Dodgers would see if there was any soreness before Saturday's game.

Alex Verdugo gets the start in right field for the Dodgers on Saturday while Enrique Hernandez starts in center.