Life came fast at Vladdy Jr., but a future Hall of Famer has advice 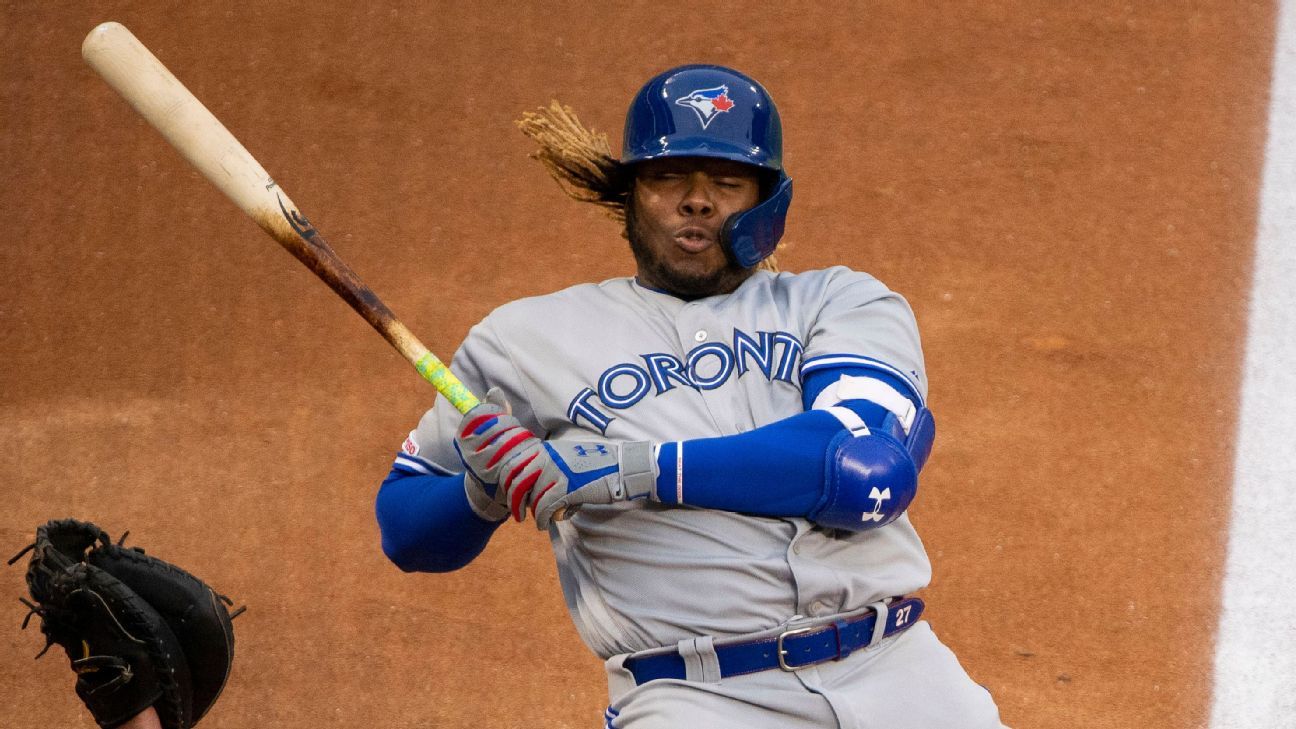 In 2001, a relatively unknown rookie named Albert Pujols was invited to major league spring training with the St. Louis Cardinals. He was there after spending most of the previous season in the Low-A Midwest League. Back then, the Cardinals and the Montreal Expos shared the same spring facilities at Roger Dean Stadium in Jupiter, Florida. That circumstance gave Pujols, then just 21 years old, a chance to be around Expos slugger Vladimir Guerrero.

Guerrero was coming off what would be the best overall offensive season in his 16-year major league career, belting 44 home runs with a remarkable slash line of .345/.410/.664, adding up to an OPS of 1.074. But for Pujols, what he remembers the most was how humble Guerrero was -- and the amount of time he spent listening to Guerrero and Cardinals teammate Edgar Renteria talk baseball.

"When I was in spring training with the Cardinals, the Expos were there and we played a lot of dominoes [with Guerrero] and Edgar Renteria," Pujols recalled in an interview with ESPN. "I was a young player too, and there were so many guys that embraced me and are close friends of mine now. And I grew close with [Guerrero]. The way he's treated me since Day 1 when I got to the big leagues is the same way he treats me 19 years later."

At the start of an illustrious career that has seen him become one of the greatest first basemen of all time, Pujols was named the 2001 National League Rookie of the Year and finished fourth in MVP balloting.

Nowadays, another rookie, far from unknown, is trying to make his own way in the majors with the weight of his very famous name -- Vladimir Guerrero Jr. And for Pujols, it has been a reality check of just how long he has been fortunate enough to play baseball.

"I was really close to his dad. Not only is he a great ambassador for all Dominicans, everyone looks at him for all he did on the field but also for what he has done off the field," Pujols explained. "We still keep in touch. I remember giving him a call four days ago, when [his son] made his debut. He was in his suite, and I was just congratulating him because it's an honor, and now to be able to say that I played with his dad and his son -- that I used to see running around in the All-Star Game -- I am either getting too old or he just grew up too quick!"

Vladimir Guerrero Jr.'s call-up has been one of the most hyped in recent baseball history, and while "Vladdy" has gotten off to a slow start at the plate, going 5-for-26 with a lone double, no home runs and just one RBI, Pujols doesn't doubt for a second that he is where he belongs.

"Talent is in his blood," Pujols said. "My advice to him is continue working hard. This is a very difficult game. There are many people who struggle -- five, six, seven, eight years and maybe they never get to the big leagues. But now that you have reached this level, you have to remain humble. Try to improve all the time. And don't think that you know everything.

Pujols also wanted to make sure to relay to the 20-year-old phenom some of the best baseball advice he ever got from early in his career, with players such as Renteria, Placido Polanco, Jim Edmonds, Fernando Vina and Mark McGwire being instrumental in his tenure with the Cardinals.

"You have to remember that this is not a sprint, it's a marathon," Pujols said. "There are 162 games. There's a lot of baseball left; there are many at-bats left. You are a kind of player that in three months you'll do what it takes others a whole season, like Mike Trout, Miguel Cabrera, Nolan Arenado, players like that. That's the kind of player you are."

Major league players have to confront that grind every season, from the best to the worst. But in dealing with it, Pujols closed by offering Vladdy one simple suggestion about how to approach the six-month mountain every player has to climb.

"You have to turn the page and start with a clean slate every day," Pujols said. "No matter how successful you were that night, or even if you failed, tomorrow is another day."