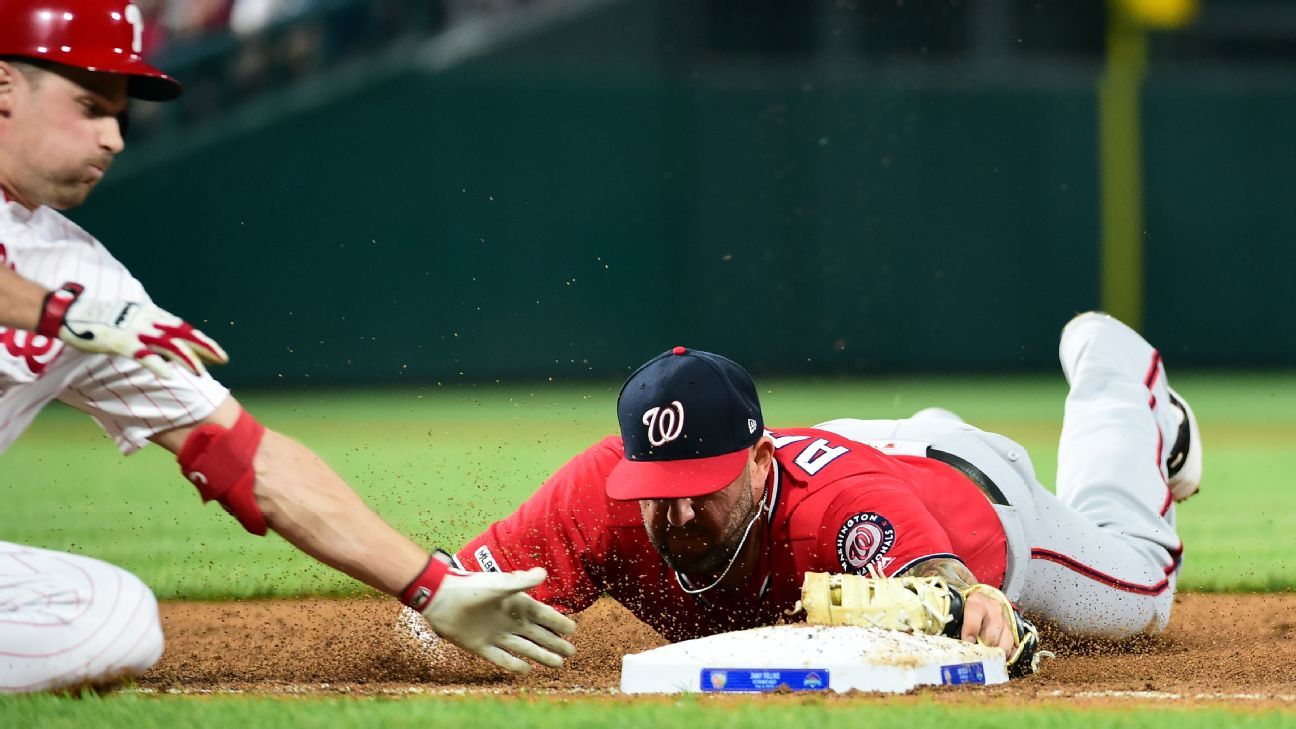 The Washington Nationals are down another first baseman because of injury.

Matt Adams was placed on the 10-day disabled list Sunday with a left shoulder injury. The move comes just seven days after starting first baseman Ryan Zimmerman was placed on the IL with plantar fasciitis in his right foot.

Adams was hurt in Saturday's 10-8 victory over the Philadelphia Phillies when he jammed his left shoulder making a diving out on Phil Gosselin in the second inning. He was to undergo an MRI on Sunday morning.

Infielder Jake Noll was recalled from Triple-A Fresno in a corresponding move and started at first base in Sunday's game against the Phillies. It's the third time he has been called up to the majors in his rookie season.